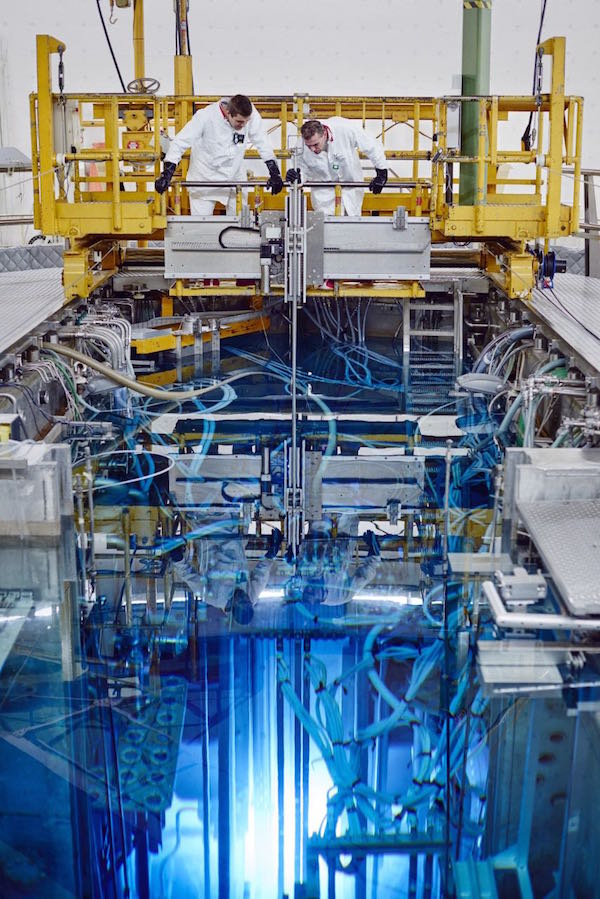 The testing programme at NRG is designed to confirm the predicted performance of selected graphite grades throughout the seven-year cycle of the IMSR core-unit. Its scope simulates core conditions, encompassing the full range of IMSR operating temperatures and neutron flux.

NRG reported that the HFR has reached full power indicating the successful start of the test programme, which involved many months of preparation. This included test design, characterisation of the as-manufactured graphites, analysis and development of the loading matrix. This effort utilised the expert services of Frazer-Nash Consultancy, Terrestrial Energy’s engineering consultant.

“Our work with NRG at its Petten HFR facility is an important element of our overall IMSR® test programme, now well underway. The start of in-core irradiation tests speaks to our progress and comes after many months of prior work,” said Simon Irish, CEO of Terrestrial Energy. He added that this reflects an important feature of Terrestrial’s testing strategy, which is to engage existing laboratories  ather than to  build those in-house – “a strategy that is essential for our early deployment schedule”.

The testing programme is part of a broader ongoing confirmatory testing programme for fuel, components, and systems used in the plant, the results of which will support licensing applications as first commercial deployment of the IMSR power plants advance.

Terrestrial Energy recently announced that it is also co-operating with US Department of Energy’s Argonne National Laboratory on a detailed testing of the IMSR’s fuel salt.

Photo: Graphite testing will be carried out in the High Flux Reactor (Credit: NRG)