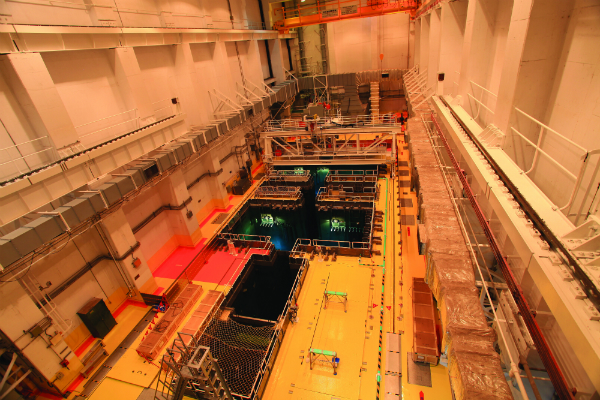 The unit’s operating permit does not expire until the end of 2021, but because its used fuel pool was almost full, Taipower had reduced its power generation capacity by about 20% since late February. As the pool is now full, Taipower said the 985MWe plant must close in preparation for a major overhaul to ensure it is safe before it is ultimately decommissioned.

The overhaul is expected to be completed in six months. The plant's other unit is scheduled to operate until March 2023 when its operating permit expires, Taipower noted.

Taiwan's government is committed to phasing out the use of nuclear power by 2025 and replacing it with renewable energy so that renewable energy will account for 20% of the energy mix with fossil fuels accounting for the other 80%. Nuclear power accounted for about 11.2% of all the electricity generated in Taiwan in 2020, down from the 16-19% it once contributed. The Ministry of Economic Affairs said other forms of energy, including natural gas, solar energy and hydro power, will be used to fill the gap.

Taipower first proposed its decommissioning plan for Kuosheng 1 three years ago, and it was approved by the Atomic Energy Commission (AEC) in October 2020. The plan included the construction of a dry storage facility for used fuel, but building the facility faces delays because of an ongoing dispute between the city of New Taipei and Taipower.

Taiwan has four operable nuclear power reactors - two each at the Kuosheng and Maanshan plants - which account for around 15% of the island's electricity generation. Unit 1 at Taiwan's oldest plant, Chinshan, was taken offline in December 2018, followed by Chinshan 2 in July 2019. The plan is for the reactors to be decommissioned by 2043 (see Plans for Chinshan). Construction of two units at Lungmen began in 1999, but the project has been beset with political, legal and regulatory delays. The completed unit 1 was mothballed in July 2015, and construction of unit 2 was suspended in April 2014.