Students to take part on construction of Russia’s Brest reactor 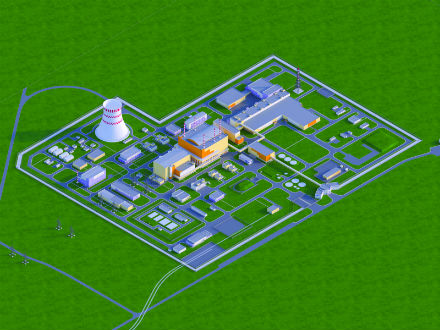 “Our main task is to work for two months on the construction of the BREST-OD-300 reactor efficiently and safely,” SCS General Director Sergey Kotov told opening the meeting.

Konstantin Izmestyev, SCC Deputy Technical Director noted the need for strict observance of safety and labour protection requirements at the construction site, as well as compliance with all necessary sanitary and epidemiological measures. As for the nuclear and radiation safety of construction crew members, the radiation situation is automatically monitored at the enterprise. At the construction site, the level of radiation is 0.07-0.08 microroentgens per hour, which is lower than Russia’s average background values.

Maxim Yakovlev, Deputy Director of the Breakthrough Programme at Titan-2 (the general contractor for the project), told the students:

“We want this construction to give you the necessary life experience and, possibly, influence your future career choice. You will see how the future of the nuclear industry is being created; you will directly take part in the construction of the reactor.”

The BREST-OD-300 fast reactor is part of the Pilot Demonstration Energy Complex (ODEK) being built at SCC as part of Rosatom’s strategic Proryv project. Russia’s strategy entails establishing a two-component nuclear power industry with thermal and fast neutron reactors based on a closed nuclear fuel cycle. It envisages the widespread introduction of technologies for the recycling of nuclear materials, which would expand the nuclear industry’s raw material base many times over, and also solve the problem of accumulating used fuel and radwaste. Construction of the BREST-OD-300 reactor began in June with the pouring of the first concrete into the base of the reactor facility building.