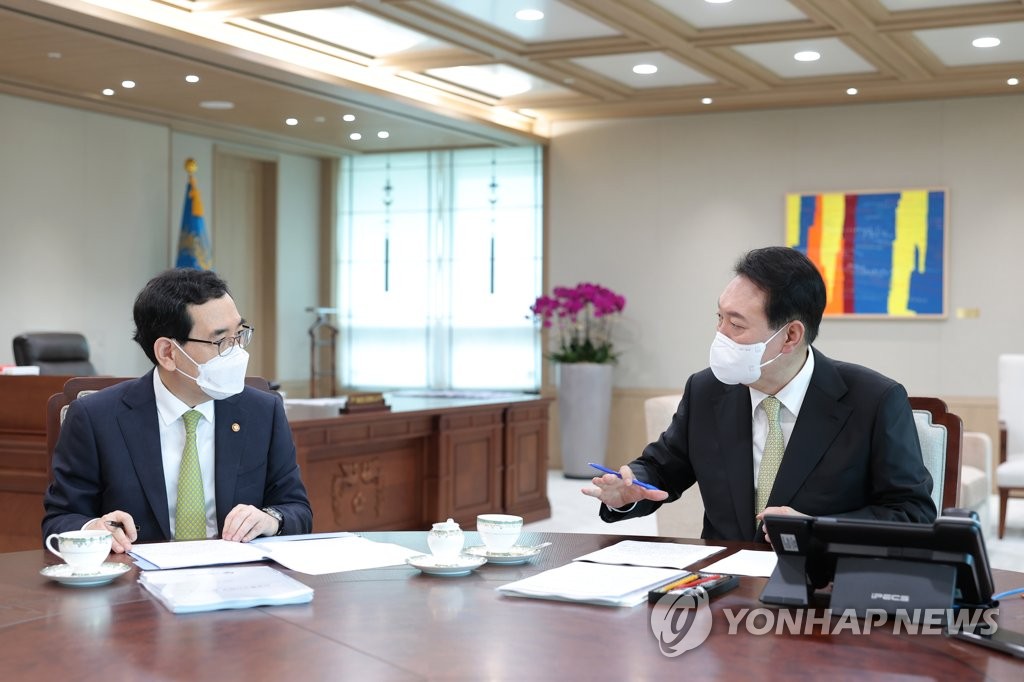 Kang In-sun, a top office spokesperson, said in a written briefing that Yoon gave the directive after receiving a policy briefing from Lee. Yoon was elected in May on a pledge to scrap the nuclear phase-out policy of the previous Moon Jae-in administration. The new government has vowed to boost South Korea’s nuclear power generation to more than 30% of total energy by 2030 to improve energy security and better meet carbon neutrality goals.

Lee reported plans to provide companies in the nuclear power industry with work worth KRW130 billion ($99.04m) this year, including for construction of the Shin-Hanul NPP units 3&4 set to begin in 2024.

In response, Yoon said growth-oriented strategies must be established through deregulation, support for research and development and the cultivation of high-tech expertise and talent. The president also urged Lee to support the materials, parts and equipment sectors related to semiconductors and asked him to lead efforts by the ministry to promote the export of NPPs and defence infrastructure, in line with the summit meetings he held last month on the sidelines of the North Atlantic Treaty Organisation summit in Madrid.

Yoon had focused on promoting nuclear energy exports with countries such as Poland and the Czech Republic during the NATO summit. In his talks with Lee, Yoon also emphasised the need to stabilize the electricity supply for the summer.