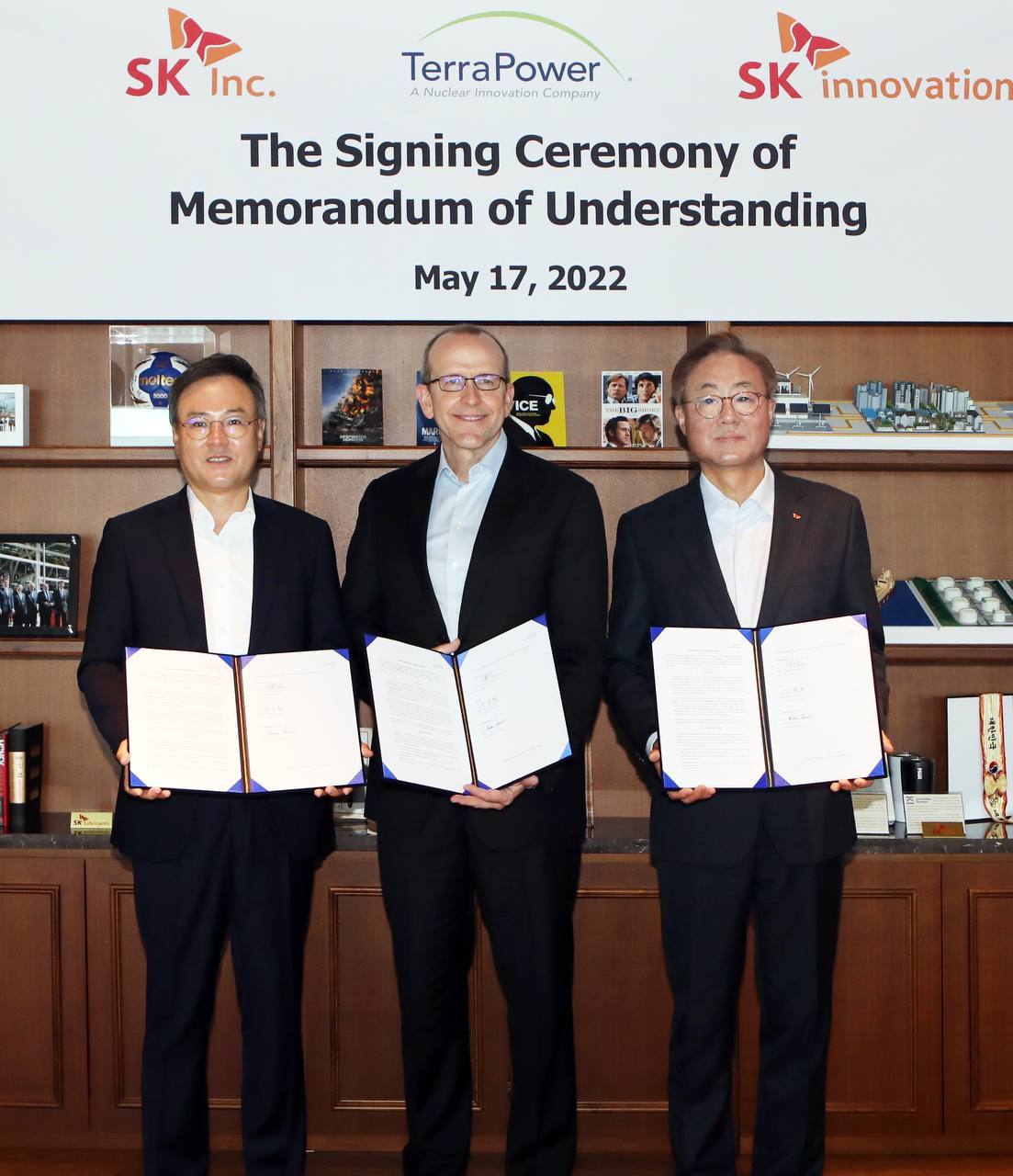 South Korea's SK Inc said on 17 May it had signed a memorandum of understanding (MOU) with TerraPower, a US start-up co-founded by Bill Gates, to develop small modular reactors (SMRs). SK Inc, the holding company for South Korea's second-largest conglomerate SK Group, said   it signed the agreement along with affiliate SK Innovation Co Ltd.

Under the MOU, SK Inc, SK Innovation and TerraPower will jointly develop “next-generational technologies” needed for small modular reactors which operate at a capacity of 500 megawatts or less. The companies will also join forces to commercialise small nuclear generators by TerraPower in countries not limited to Korea. There is also the potential for the development of   radiopsotopes for cancer treatment.

“Given that the MOU stipulates ‘a comprehensive cooperation,’ all possibilities remain open,” a spokesperson at SK Inc said.  “Since TerraPower specialises in the design of SMRs, the discussion will be centred around that segment. But it could extend to bio, since TerraPower also produces and supplies Actinium-225,” he said.

The move follows the reports that SK Inc may by 10% of Terrapower.

As for the investment, the spokesperson said that “it is one possible option,” although nothing has been decided. TerraPower aims to build its first sodium-cooled fast reactor in the US in 2028.

With the inauguration of Yoon Suk-yeol, as South Korea’s President, the focus has switched from a phase-out of nuclear power towards increasing its use. Recently GS Energy, Doosan Enerbility and Samsung C&T have signed a MOUs with US NuScale Power for the construction and operation of SMRs.