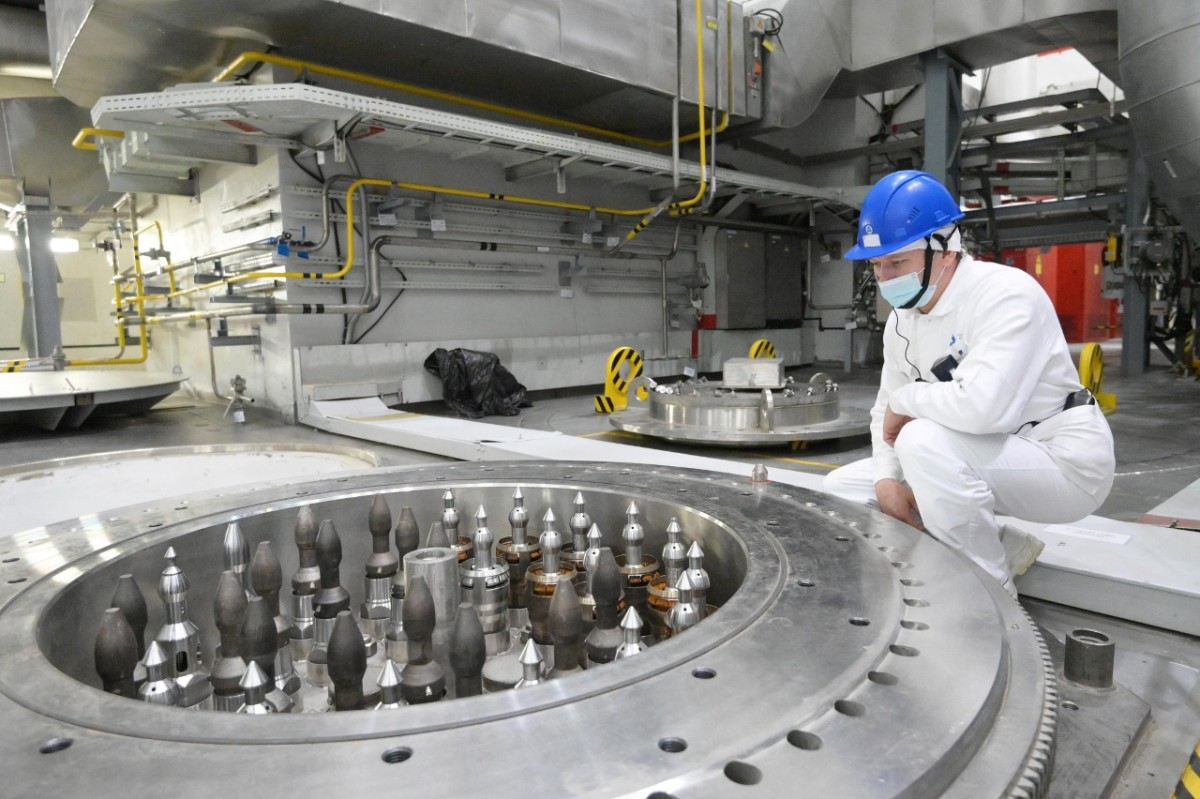 The BN-800 fast reactor at unit 4 of Russia’s Beloyarsk NPP has for the first time been completely switched to using uranium-plutonium mixed oxide (mox) fuel after a scheduled overhaul, according to Rosatom’s fuel company TVEL.

Beloyarsk 4 was connected to the grid and resumed electricity production after the completing its latest regular maintenance and refuelling outage. It was refuelled with mox fuel assemblies (FAs) produced at the Mining and Chemical Combine (MCC) in Zheleznogorsk, Krasnoyarsk Territory). Unlike the enriched uranium FAs traditionally used in NPPs, the raw materials for the production of mox fuel pellets includes plutonium oxide obtained during the processing of used fuel from conventional VVER reactors alongside depleted uranium oxide, obtained by defluorination of depleted uranium hexafluoride (DUHF – “tails" from enrichment production).

Other important work performed during the outage of unit 4 included overhaul of the main circulation pump with the replacement of the removable parts, maintenance and repair of pumps, heat exchangers, steam generators and a turbogenerator. Also, the operational quality control of metal and welded joints of pipelines was carried out as well as tests of the system for monitoring the tightness of shells using a metrological assembly.

“Today, Beloyarsk NPP is one of the flagships bringing the Russian nuclear industry closer to a new technological platform based on a closed nuclear fuel cycle,” said Beloyarsk NPP Director Ivan Sidorov. “The use of mox fuel will make it possible to increase the fuel base of the nuclear power industry tenfold. And most importantly, in the BN-800 reactor, after appropriate processing, used nuclear fuel from other NPPs can be recycled.”

Alexander Ugryumov, Senior Vice President for Scientific and Technical Activities at TVEL said completing conversion of BN-800 to mox fuel is a long-awaited event for the nuclear industry. “For the first time in the history of the Russian nuclear power industry, we will be able to operate a fast neutron reactor with a full load of uranium-plutonium fuel and a closed nuclear fuel cycle. This is exactly the milestone for which the BN-800 was originally designed, a unique nuclear power unit supported by automated fuel production at the Mining and Chemical Combine. Advanced technologies for recycling nuclear materials will significantly expand the raw material base of nuclear energy by processing irradiated fuel instead of storing it, and it will also reduce the amount of waste generated.”

Industrial fabrication of mox fuel began at the end of 2018 at the MCC. To create this unique production, broad industry cooperation was organised under the coordination and scientific leadership of TVEL, which also acts as the supplier of mox FAs for the Beloyarsk NPP. Initially, during the start-up of the BN-800 reactor, a hybrid core was installed, partly equipped with uranium fuel produced by Mashinostroitelny Zavod in Elektrostal (Moscow Region), and partly with experimental mox fuel assemblies manufactured at the Research Institute of Atomic Reactors in Dimitrovgrad, Ulyanovsk region.