Russia’s AEM-Technologies to invest heavily in expansion and upgrades 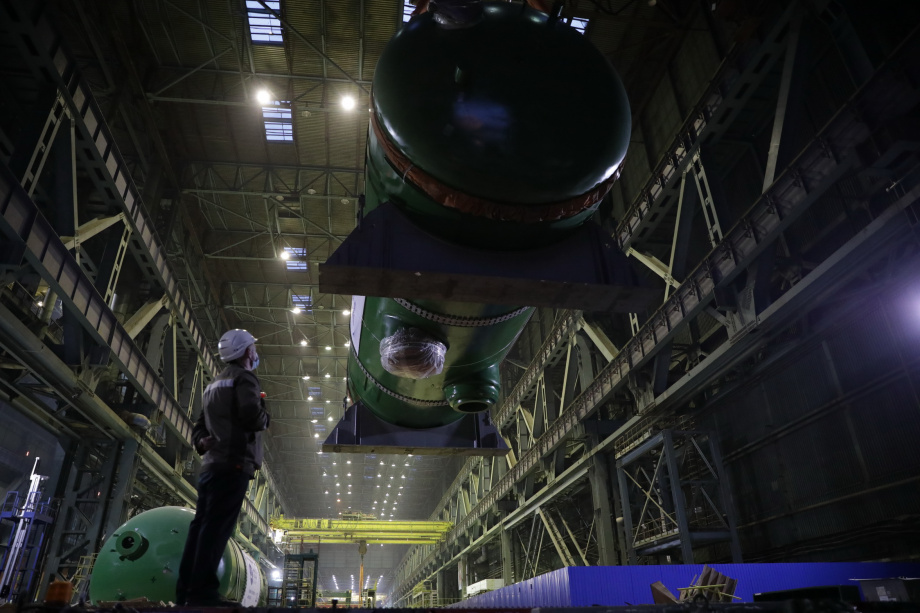 In 2021, RUB2.7 billion will be spent on renewing the fixed assets of the Volgodonsk branch of the company - the Atommash plant - and RUB1.4 billion for the development of the Petrozavodskmash plant.

In general, the programme provides for the modernisation and commissioning of 388 units of new equipment by 2023 - turning and boring machines and horizontal boring machines, a deep drilling machine, installations for welding circular and bottomhole seams, an installation of automatic surfacing, a shot blasting chamber, etc.

In 2022, in cooperation with the Japan’s IHI Corporation, a project will be launched to modernise a press with a pressure of 15,000 tons at Atommash. In addition, the infrastructure and production buildings will be updated, while measures to ensure fire safety and labour protection will be implemented.

Completion of the investment cycle will be synchronised in time with the planned peak of utilisation in 2023–2025. This period will see the main shipments of equipment for the Akkuyu NPP under construction in Turkey and China’s Tianwan and Xudabao NPPs. During this time, shipments will also begin for new facilities in Hungary, Egypt and Finland.

The total order book of AEM Technologies for the period up to 2025 is estimated at RUB193 billion.

General Director of AEM-Technologies JSC Igor Kotov noted that the implementation of the company's investment programme is a key condition for the successful implementation of the Rosatom State Corporation's medium-term roadmap for the construction of new nuclear power units, both in Russia and abroad. “We have previously invested heavily in the modernisation of Atommash and Petrozavodskmash. In the period from 2015 to 2017, it was about RUB1.7 billion,” he said.

“But for the implementation of ambitious plans for the construction of new nuclear power units, this level was clearly insufficient. This became the main drive for development of a new investment programme, and at the moment, the record volumes of production that we have already achieved in 2020 confirm the correctness of our calculations and the validity of new investments.” He added: “At the same time, one should not forget that we are not just creating new capacities for specific tasks. Ultimately, we are creating a new technological platform in our branches, which will allow them to develop at a new level and beyond the “horizon” of our medium-term plans.”

Plans for the production of nuclear power plant equipment for 2021-2028 include 24 reactor vessels with internals, 93 steam generators, 104 housings of the main circulation pumps and 27 sets of main circulation pipelines.

AEM Technologies was founded in 2007 within the structure of Atomenergomash. The company comprises a head office in Kolpino, an engineering centre staffed with experienced designers and technologists, as well as two production sites.

In 2018–2020 RUB5.89 billion was invested, including RUB 4.56 billion to modernise the Atommash branch and RUB1.33 billion to upgrade the Petrozavodskmash branch. In 2020, AEM Technologies manufactured three reactor vessels with internals and 18 steam generators. This was a record in the entire history of Soviet and Russian nuclear engineering.

Photo: One of the steam generators shipped from Atomash earlier this year (Photo: AEM Technologies)