Russia to set up engineering centre for RBMK decommissioning 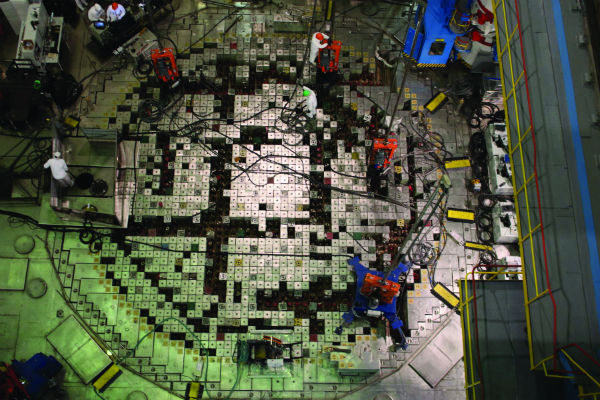 Russian nuclear utility Rosenergoatom announced an engineering centre for the decommissioning of RBMK units (ODIC RBMK) had been set up at the Leningrad nuclear power plant.

“ODIC RBMK will carry out important work on the safe serial decommissioning of shutdown power units of nuclear power plants with channel-type reactors,” said Rosenergoatom general director Andrei Petrov. In addition, a structural unit has been created at the site of the Beloyarsk nuclear plant in the Sverdlovsk Region.

The facility at Leningrad is the second experimental and demonstration engineering centre established by Rosenergoatom. The first pilot ODIC was set up in 2013 at the Novovoronezh 1&2, which has VVER reactors. Now, taking into account this positive experience, units 1 and 2 of Leningrad NPP and units 1 and 2 of the Beloyarsk NPP will also become a pilot, but for RBMKs.

Leningrad NPP was selected as the main site because it was the first plant to have RBMK-1000 uranium-graphite channel reactors. Unit 1 was shut down after 45 years of successful operation in 2018, and the other three units will be shut down in the next five years, as they are being replaced with VVER-1200 units at Leningrad II.

Under the auspices of the centre  other Russian nuclear power plants - Kursk, Smolensk, and later - Beloyarsk and Bilibinskaya will be decommissioned.

As for the Beloyarsk NPP, units 1 and 2 have long been shut down and are being prepared for decommissioning. “Our reactors AMB-100 and AMB-200 by design are the progenitors of the RBMK series of reactors. Therefore, the technology for decommissioning uranium-graphite channel reactors, which will be developed and mastered by ODIC at the Leningrad NPP, will be useful to us,” said Beloyarsk NPP director Ivan Sidorov.

To date, to ensure the functioning of the experimental demonstration engineering centre, a regulation has already been developed for interaction between the ODIC and the nuclear power plant, and a programme of measures has been approved. In the near future, recruitment of personnel on a competitive basis will begin, followed by training in new competencies to carry out decommissioning works.