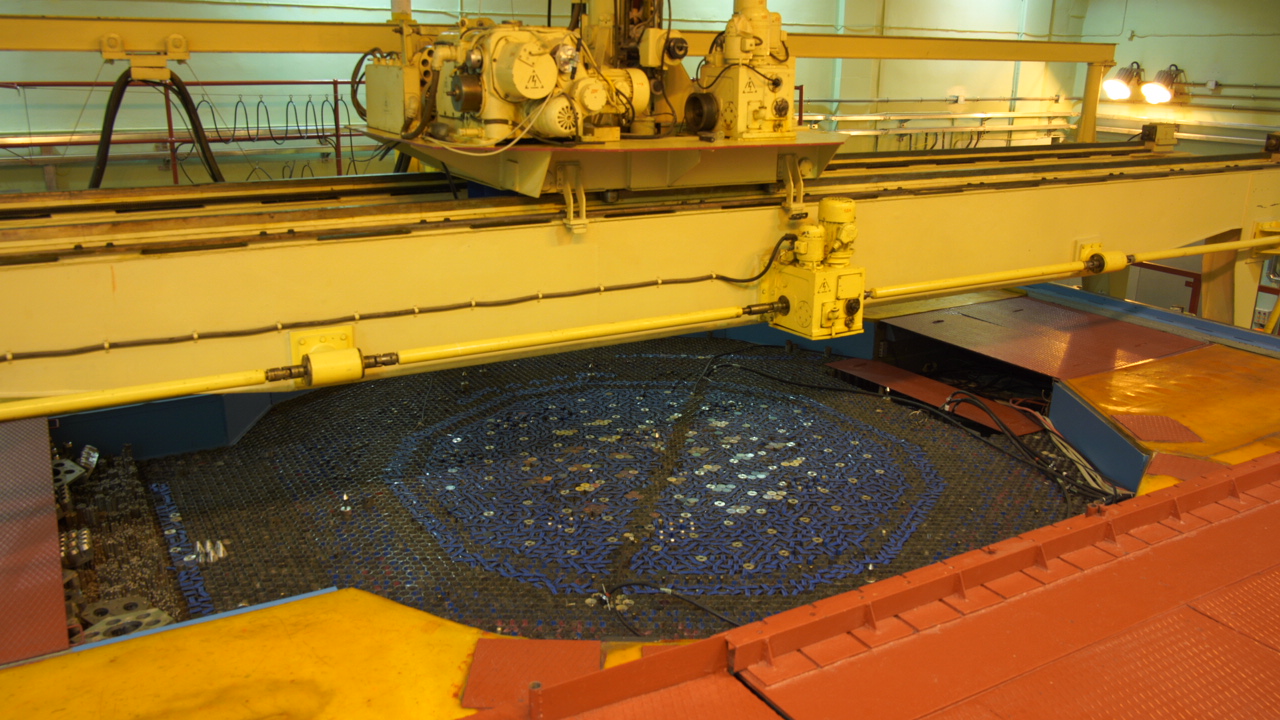 After modernisation, IPPE (part of Rosatom’s scientific division, Science and Innovations) put the BFS-2 into operation. It is designed for experiments on innovative nuclear power systems.

The results of these studies are important for ensuring the reliable and safe operation of various types of nuclear reactors, in particular fast neutron reactros such as the BN-800 (at unit 4 of the Beloyarsk NPP), the BN-1200M (under development), Brest-OD-300 (under construction as part of a closed fuel cycle demonstration project at the Siberian Chemical Combine), and MBIR (the multipurpose research reactor under construction at the Research Institute of Atomic Reactors in Dimitrovgrad).

During the technical re-equipment, the base of materials used for modelling the cores of new generation reactors was expanded, original methods were improved, modern measuring equipment and a supercomputer were installed, which makes it possible to carry out safety calculations in a shorter time with higher accuracy, as well as to process measurement results in real time. The modernisation was carried out using a domestic technology. The re-equipment made it possible to extend the life of the BFS complex by 25 years. All work was carried out within the framework of the Federal Target Programme, "Nuclear Energy Technologies of a New Generation".

The complex is the only experimental tool for substantiating the reactor physics of fast reactors in the development of a two-component nuclear power engineering with a closed fuel cycle in Russia. In particular, the characteristics of the core of the BREST OD-300 reactor with nitride fuel are now being studied there. The plans for the second half of 2023 include a full-scale simulation of the BN-1200M reactor, which should become one of the key elements of the domestic nuclear power industry of the future.

“This year we have successfully completed the research programme of the neutron-physical characteristics of the BN-800 fast breeder reactor with a core fully loaded with mox [uranium-plutonium mixed oxide] fuel,” IPPE noted.

“This installation is the basis of the fourth power unit of the Beloyarsk NPP. The experiments confirmed the calculated design parameters of the reactor core, and were also used to verify the design codes. In addition, we completed a study of the characteristics of the MBIR multipurpose fast reactor. During the experiments, the core loaded with mox fuel, mock-ups of devices with different coolants and inserts with different types of nuclear fuel, and their effect on the neutron-physical characteristics of the core were studied. As a result, we received a substantiation of the possibility of loading MBIR with various fuel compositions."