Report looks at use of nuclear and renewables to “decarbonise” hydrogen 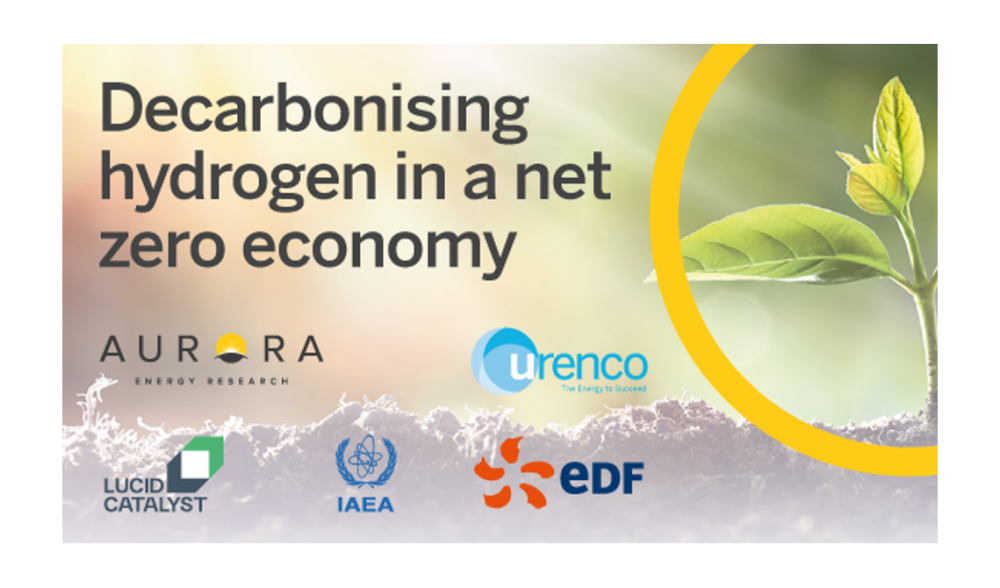 Aurora Energy Research has released a report investigating the benefits of deploying both renewables and nuclear to support decarbonisation and reduce reliance on fossil fuels as a transitional fuel source in the UK.

The report, “Decarbonising Hydrogen in a Net Zero Economy”, was commissioned by Urenco and supported by the International Atomic Energy Agency, EDF and Lucid Catalyst. It follows the UK government's Hydrogen Strategy, published in August, which stated that nuclear provides a number of options for producing clean hydrogen, but did not model the costs and competitiveness of nuclear's contribution. The scenarios presented in the report are not Aurora forecasts but exploratory scenarios to assess a wider range of technology mixes.

The key findings include:

The report is a follow up to Aurora's 2020 study “Hydrogen for a Net Zero GB: An Integrated Energy Market Perspective”. It notes that while the new study is focused on the UK, the results are applicable to other countries, including developing nations.

"There is an exciting potential for combining nuclear, renewables and hydrogen to deliver a net-zero economy," said Felix Chow-Kambitsch of Aurora Energy Research.

"Nuclear power clearly has an important role alongside renewables in the clean energy transition through supporting reliable, low-carbon electricity generation and the future production of hydrogen," added Urenco Group CEO Boris Schucht. "This latest research is an important step in enabling policy makers to pave the way for the delivery of net-zero by 2050."