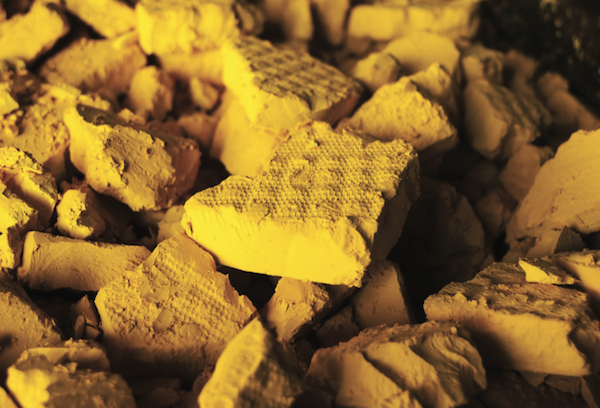 It is the 28th edition of the report, which is updated every two years, and reflects information current as of 1 January 2019. The report looks at 45 uranium producing and consuming countries based on official data from 31 countries and national reports prepared by the NEA and IAEA on a further 14. It assesses uranium supply and demand in 2018 and includes projections to 2040.

Compared with the previous edition, the total identified in situ resources slightly decreased from 10,652,900tU to 10,584,500tU. The report says additions to the conventional resource base in the future could come from undiscovered resources - prognosticated resources and speculative resources - which as of 1 January 2019 amounted to 7,220,300tU, a 4% decrease from the 7,530,600tU reported in the previous edition. Unconventional resources are another source of potential future supply, and currently amount to nearly 39 million tU.

On uranium demand, the Red Book says nuclear capacity “is expected to rise for the foreseeable future as global energy demand is projected to increase and due to the growing need for a clean energy transition”.

Annual uranium requirements are projected to be largest in the East Asia region. “Recognising the security of supply, reliability and predictability that nuclear power offers and promoting incentives for all types of low-carbon technologies, are key conditions for a greater projected growth in nuclear capacity, and consequently, in uranium demand.”

Reactor uranium requirements projected to increase by 75% by 2040

As of 1 January 2019, a total of 450 commercial nuclear reactors were connected to the grid globally, with a net generating capacity of 396GWe requiring about 59,200tU annually. “Taking into account changes in policies announced in several countries and revised nuclear programmes, world nuclear capacity is projected to grow to between 354GWe net in the low demand case and about 626GWe net in the high demand case by 2040. The low case represents a decrease of about 11% from 2018 nuclear generating capacity, while the high case represents an increase of about 58%.”

Accordingly, world annual reactor-related uranium requirements (excluding mixed oxide fuel - mox) are projected to rise to between 56,640 tU and 100,225 tU by 2040. Nuclear capacity projections vary considerably from region to region. “The East Asia region is projected to experience the largest increase, which, by 2040, could result in increases of more than 24% and 138% over 2018 capacity in the low and high cases, respectively.”

Nuclear capacity in non-EU member countries on the European continent is also projected to increase considerably, with 66GWe of capacity projected by 2040 in the high case (increases of about 50% over 2018 capacity). Other regions projected to experience significant nuclear capacity growth include the Middle East, Central and Southern Asia, with more modest growth projected in Africa, Central and South America, and the South-eastern Asia regions. For North America, the projections see nuclear generating capacity decreasing by 2040 in both the low and high cases, depending largely on future electricity demand, lifetime extension of existing reactors and government policies with respect to greenhouse gas emissions.

“The reality of financial losses in several reactors in the United States has resulted in a larger number of premature shutdowns to be assumed. In the European Union, nuclear capacity in 2040 is projected to decrease by 52% in the low case scenario and decrease by 8% in the high case, if actual policies are maintained.”

The report identifies key factors influencing future nuclear energy capacity as projected electricity demand, the economic competitiveness of nuclear power plants, as well as funding arrangements for such capital-intensive projects, proposed waste management strategies and public acceptance of nuclear energy. “The extent to which nuclear energy is seen to be beneficial in climate change mitigation could contribute to even greater projected growth in nuclear capacity and, consequently, in uranium demand.”

The COVID-19 pandemic has highlighted the importance of electricity security in modern societies. “Recognising the security of supply, reliability and predictability that nuclear power offers and promoting incentives for all types of low-carbon technologies are key conditions for a faster deployment of nuclear power. Near-term actions, including supporting lifetime extensions and expanding new builds of both large and small modular reactors (SMRs), are required.”

The report concluded that sufficient uranium resources exist to support continued use of nuclear power and significant growth in nuclear capacity for low-carbon electricity generation and other uses (e.g. heat, hydrogen production) in the long term. Identified recoverable resources are sufficient for over 135 years.

However, considerable exploration, innovative techniques and timely investment will be required to turn these resources into refined uranium ready for nuclear fuel production and to facilitate the deployment of promising nuclear technologies.  Exploitation of the entire conventional resource base would increase this to over 250 years.

The report notes that deployment of advanced reactor and fuel cycle technologies could significantly add to world energy supply in the long term. “Moving to advanced technology reactors and recycling fuel could increase the long-term availability of nuclear energy from hundreds to thousands of years. In addition, thorium, which is more abundant than uranium in the earth’s crust, is also a potential source of nuclear fuel, if alternative fuel cycles are developed and successfully introduced in a cost-effective manner.”