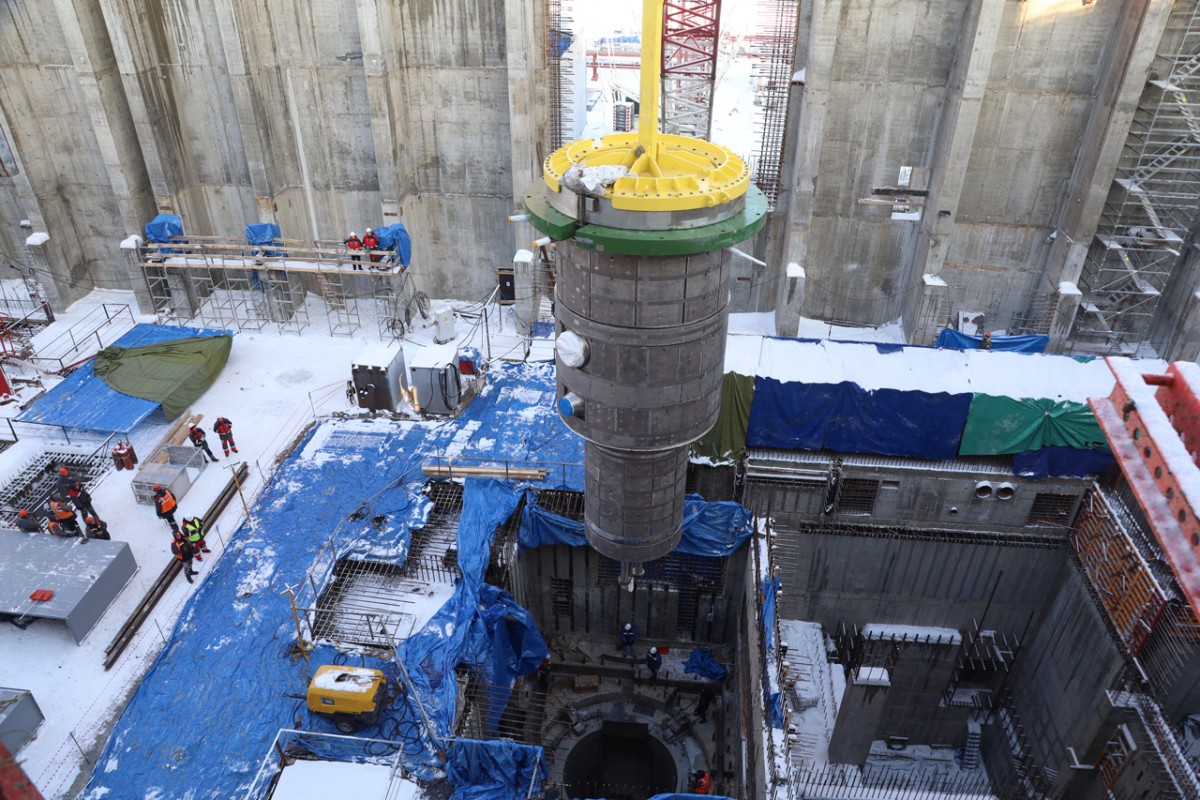 The reactor pressure vessel has been installed at Russia’s MBIR research reactor.

MBIR, under construction at the Research Institute of Atomic Reactors (NIIAR) in Dimitrovgrad, is expected to be commissioned in 2026, a year ahead of schedule.

The 150MWt multipurpose sodium-cooled fast neutron MBIR will be the world’s largest facility of its kind. It is expected to provide advanced research infrastructure for the coming 50 years. Its unique technical characteristics will make it possible to solve a wide range of research problems to support the development new competitive and safe NPPs, including fast reactors based on closing the nuclear fuel cycle. Research time needed at the new reactor will be several times less in comparison with the currently operating installations.

MBIR will be the basis of an international research centre (ICC MBIR). It will replace the BOR-60 experimental fast reactor that has been in operation at NIIAR since 1969. BOR-60 is due to close in 2025.

MBIR will be used for materials testing for Generation IV fast neutron reactors. It will be capable of testing lead, lead-bismuth and gas coolants and will enable reactor and post-reactor experiments, perfecting technologies for the production of isotopes and modified materials. The chief designer of the project is the NA Dollezhal Scientific Research & Design Institute of Power Engineering (JSC Nikiet); the scientific supervisor is the AI Leipunsky Institute of Physics & Power Engineering (IPPE); the general designer is GSPI: and the general construction contractor is JSC Orgenergostroy Institute.

The RPV, manufactured at the Rosatom’s Atommash plant in Volgodonsk (Rostov Region), is 12 metres long, 4 metres in diameter and weighs more than 83 tonnes. It was delivered to the site 16 months ahead of schedule in April 2022.

MBIR and the Kurchatov Institute’s PIK reactor at Gatchina in St Petersburg are designed to be complementary and provide the entire spectrum of neutron research.

MBIR will use vibro-packed mixed-oxide fuel (VMOX), a Russian variant of mox fuel in which blended uranium-plutonium oxide powders and fresh uranium-oxide powder are loaded directly into the cladding tube of the fuel assembly instead of first being manufactured into pellets. NIIAR intends to set up on-site closed fuel cycle facilities for MBIR, using pyrochemical reprocessing it has developed at pilot scale.