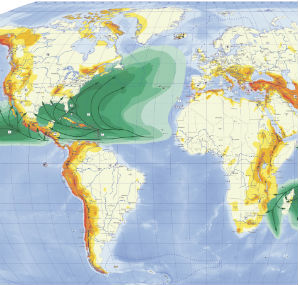 Westinghouse is developing a version of the AP1000 with enhanced seismic resistance for 'some portions of the western United States and certain other countries,' according to the company.

The US regulator has recently reviewed seismic margins based on new seismic maps, and in May tasked 21 plants with an in-depth seismic review; western US plants, where there is generally more seismic activity, must submit new seismic reevaluations in March 2015. Also in Toshiba's home market of Japan, the nuclear regulator has been reviewing the seismic resistance of reactors for possible restart after Fukushima.

In public documents, Westinghouse did not define what constitutes 'enhanced seismic resistance'. It did say that Westinghouse and Toshiba were working collaboratively on a 'limited number of customized materials and/or reinforcements' that would allow new units to be built in areas that have a higher seismic spectrum. It also did not specify exactly what that spectrum would be.

Westinghouse also said that the changes would be technically viable based on nearly two years of feasibility study and technical assessment by Westinghouse and Toshiba.

On 25 June it had a pre-submittal meeting with the USNRC. According to non-proprietary slides from the presentation, it said that it would perform in-structure response spectra for critical locations; systems, structures and components assesment for structures, containment vessel, components, piping and fuel; and a seismic margin assessment.

it plans to submit the version for approval in September 2015, with a preliminary expectation of a Safety Evaluation Report back from the NRC two years later.

From a licensing point of view, the new variant is not a new design, but an option. It is based on revision 19 of the AP1000 certified design with a scope limited to areas impacted by a change in seismic input.

Picture: Detail of 2011 NATHAN World Map of Hazards, from Munich RE; earthquakes are shown in yellow and orange patches; intensity of colour corresponds to intensity of risk