NuScale wins work in Ukraine and signs MOU with Kazakhstan 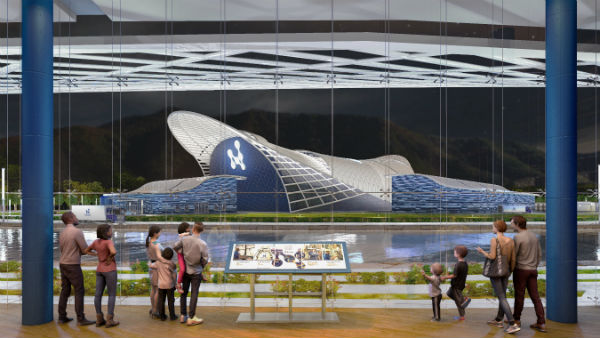 The US Trade and Development Agency (USTDA) is awarding the Science and Technology Centre in Ukraine (STCU) a grant for US-based NuScale Power to conduct a SMR Licensing Gap Analysis.

NuScale Power said that it will provide technical assistance for a Ukraine small modular reactor (SMR) licensing gaps analysis under the USTDA grant, which will be instrumental in supporting the licensing and deployment of SMR technology in Ukraine.

The purpose of the SMR Licensing Gap Analysis is to compare the NuScale SMR design against International Atomic Energy Agency standards, Ukrainian regulations, and regulatory guidance. The analysis will also identify gaps that could prevent deployment of a NuScale SMR in Ukraine and propose recommendations to close the gaps, including regulation changes, if necessary.

“NuScale is thrilled to support this important collaboration between the USTDA and STCU to evaluate the licensing process and create opportunity to deploy SMR technology in Ukraine,” said NuScale Power President and CEO John Hopkins. “As the first and only SMR in the world to be approved by the US Nuclear Regulatory Commission, we are looking forward to contributing our expertise and leveraging our experience to help facilitate the production of safe, clean, reliable, and affordable energy for the people of Ukraine.”

The announcement follows a November statement that the Department of Energy (DOE) is funding an independent review of NuScale’s Safety Analysis Report (SAR) to be conducted by Ukraine’s State Scientific and Technical Centre for Nuclear and Radiation Safety (SSTC NRS). In September, NuScale also announced an MOU to explore SMR deployment in Ukraine with  Ukraine’s nuclear utility, Energoatom.

Also on 16 December, NuScale Power and Kazakhstan Nuclear Power Plants Limited Liability Partnership (KNPP) announced that they had signed a Memorandum of Understanding (MOU) to explore the deployment of NuScale VOYGR  power plants in Kazakhstan. The agreement calls for sharing nuclear and technical expertise between NuScale and KNPP as they assess NuScale’s SMR technology. Under the MOU, NuScale will support KNPP’s evaluation of NuScale’s SMR technology, including nuclear power plant engineering, construction, commissioning, operation and maintenance, and project-specific studies and design work.

KNPP was established in 2014 under the Government’s Priority Action Plan for the construction of a nuclear power plant in the Republic of Kazakhstan. The founder is the Samruk-K?zyna National Welfare Fund JSC - an investment holding company uniting companies in the oil and gas, energy, mining, transport and telecommunications sectors, with total assets of over $60 billion. The purpose of the KNPP is to ensure development of pre-design and project documentation, as well as the organisation of work on the construction of a NPP in Kazakhstan, focusing on promising foreign projects, both large (1000-1400MWe) and low-power (60-300MWe).

KNPP has been studying the prospects for further nuclear energy development, and NuScale’s technology continues to prove itself as a best-fit, climate contender. The MOU builds on the existing relationship between NuScale and KNPP.  NuScale previously submitted a Technical and Price Offer (TPO) to KNPP in 2019.

“NuScale is excited to partner with KNPP on the potential deployment of a NuScale power plant,” said Hopkins. “NuScale is continuing to gain impressive momentum in international interest around the globe. We look forward to continuing our collaboration with KNPP and demonstrating the immense benefits of our technology to the people of Kazakhstan as they seek safe, emissions free, and reliable methods of decarbonisation.”

“Kazakhstan has set the goal of achieving carbon neutrality by 2060. To solve this difficult task, carbon-free sources such as nuclear power along with renewable energy are to be considered,” said Timur Zhantikin, CEO of KNPP. “Small modular reactors are the most promising for Kazakhstan, and we consider the cooperation of KNPP with NuScale Power as a real opportunity to develop this direction and achieve the set goal of the country's transition to a green economy.”

This followed other MOUs signed earlier this year with customers in countries such as Poland and Bulgaria. Additionally, NuScale signed a teaming agreement with Romania’s Nuclearelectrica at the United Nations Conference on Climate Change (COP26), as the organisations begin taking steps toward deploying the first NuScale 6-module, 462MWe, VOYGR-6 power plant in Romania as early as 2027/2028.

The NuScale Power Module  (NPM) is a small  pressurised water reactor that can generate 77MWe and can be scaled to meet customer needs. The VOYGR-12 power plant is capable of generating 924MWe, and NuScale also offers the four-module VOYGR-4 (308MWe) and six-module VOYGR-6 (462MWe) and other configurations based on customer needs. The majority investor in NuScale is global engineering, procurement, and construction company Fluor Corporation.