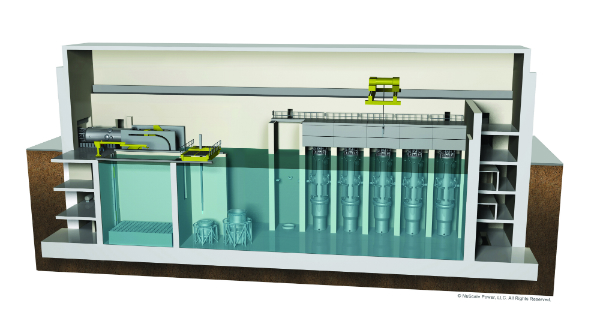 NuScale Power and Enfission have signed a memorandum of understanding to explore the use of next-generation fuel technology in NuScale small modular reactors.

Enfission, a joint venture of Lightbridge and Framatome, is developing and commercialising metallic nuclear fuel technology, which it expects will significantly improve the economics and safety of existing and new reactors.

In December, Framatome signed an agreement with NuScale to manufacture fuel assemblies for the 60MW SMR using conventional ceramic uranium dioxide fuel and provide testing and analyses needed for licensing of the reactor.

The new MOU "further solidifies this relationship", and will see NuScale and Enfission collaborate on the development of research and testing programmes to explore the application of Enfission’s nuclear fuel rod technology, a statement said.

The NuScale SMR is currently undergoing design certification by the US Nuclear Regulatory Commission, a process that is expected to be completed in September 2020. NuScale is planning to build its first unit at the Idaho National Laboratory, with commercial operation targeted for 2026.

Photo: NuScale SMR is currently undergoing design certification in the US