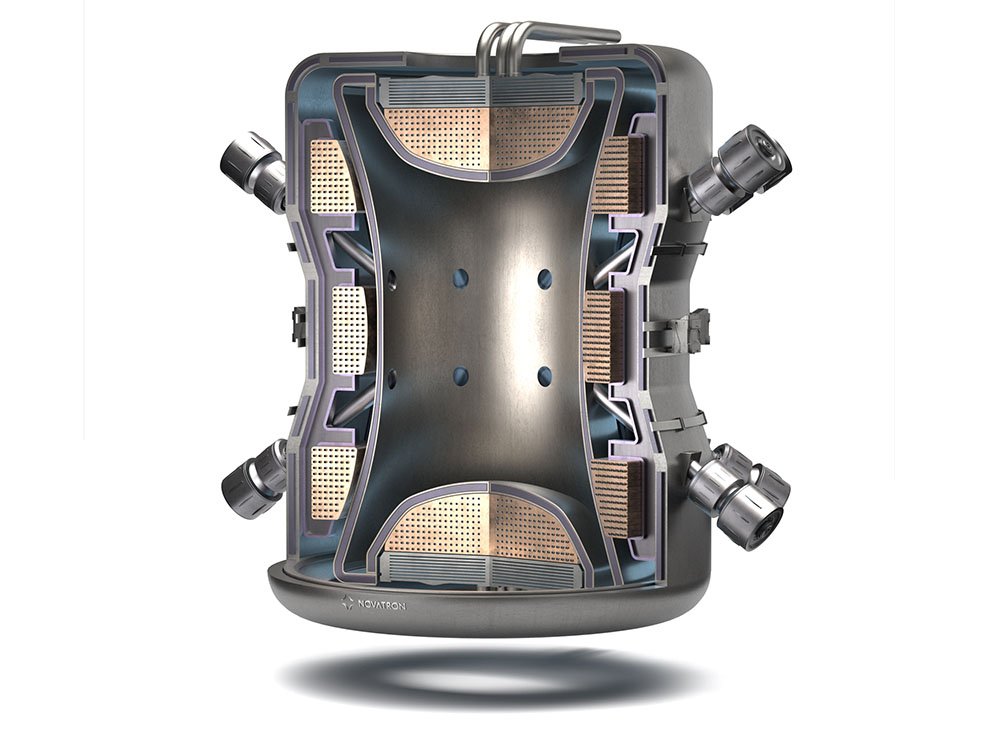 EIT InnoEnergy, the innovation engine for sustainable energy, supported by the European Union’s European Institute of Innovation and Technology (EIT), has announced its investment in Sweden-based Novatron Fusion Group AB. The company is developing a new proprietary fusion power concept that will make fusion energy production a commercially viable source of energy.

The investment is reinforced by a partnership between KTH Royal Institute of Technology (KTH), Novatron Fusion Group and EIT InnoEnergy, with the aim of taking fusion together into a future global large-scale green energy source. The partnership will build a new test facility to validate Novatron Fusion Group’s unique approach to plasma confinement and conduct research and education in the area. The goal is to demonstrate within the coming year that stable plasma can be achieved. Long term, the vision is to have a commercial fusion design that enables net-power to the energy grid in the final stage before 2040.

Peter Roos, CEO at Novatron Fusion Group commented: “Fusion power has long been suggested as the technology breakthrough needed to support reaching with the global shift to net zero goals. However, it has also struggled to be proven technically and commercially viable. We believe our innovation is the key to unlocking the large-scale production of energy through fusion.”

Novatron Fusion Group aims to make commercial development and construction of fusion energy power plants economically viable at a fraction of the cost of current methods, providing access to large-scale clean, safe, sustainable, and stable energy production for the benefit of all, supporting with Europe’s move to reach their Green Deal targets.

Diego Pavia, CEO of EIT InnoEnergy added: “Beating climate change demands big-impact innovations, and these innovations require resources and investment to scale them. Novatron Fusion Group is one of the many examples of EIT InnoEnergy supporting in this way, accelerating progress to net zero. Fusion power is a crucial base-load solution in our zero-carbon journey. It is for that reason, I am greatly excited about the impact Novatron Fusion Group’s unique solution could have on industry by making fusion a reality.”

Stefan Östlund, vice-president for global relations at KTH noted: “Having successfully worked together in many areas including innovation and education, our latest joint ambitions for fusion technology have the potential to develop into something truly valuable.”

KTH said the purpose of the joint investment is “to evaluate new technology intended to stabilise fusion plasma—matter that exceeds 100 million degrees Celsius”. It added: “Handling fusion plasma poses a key challenge before fusion power can be realised as a stable and sustainable energy solution. Neither steel nor any other material can withstand the material’s extreme heat.”

In France, the ITER fusion reactor stabilises plasma through a process involving powerful magnets and advanced controls. The KTH-Novatron-EIT InnoEnergy collaboration however will evaluate a solution in which the plasma is naturally kept stable. More fusion scientists and a large number of trained fusion energy engineers will be required. Lisa Ericsson, head of KTH Innovation said: “We believe that this international collaboration is an important prerequisite for the university’s success.”

She noted that Commonwealth Fusion Systems, a spin-off company at the Massachusetts Institute of Technology (MIT), has contributed to interest in MIT around fusion energy, which has led to formation of a number of new fusion-related companies and research projects. “This collaboration strengthens KTH's role both in fusion research and innovation development,” she said. “If this works, it will lead to the emergence of a completely new global industry starting at KTH.”