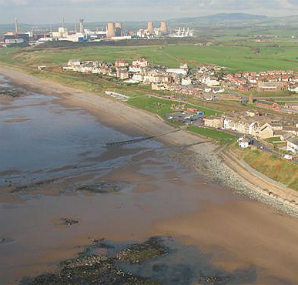 Analysis of recent data suggests that children, teenagers and young adults currently living close to Sellafield and Dounreay are not at an increased risk of developing cancer. Equally, there is no evidence of any increased cancer risk later in life among those resident in these areas at birth, according to a report in the British Journal of Cancer.

The report also concluded that individuals born close to Sellafield or Dounreay from 1950 to 2006 were not shown to be at any increased risk of cancer during the period 1971 to date.

The report follows earlier studies that showed raised risks of leukaemia and non-Hodgkin lymphoma in children, teenagers and young adults resident either at birth or diagnosis in Seascale (near Sellafield). Some increases in cancer risk in these age groups have also been noted among those living around Dounreay.

The research team, lead by scientists from the Oxford Childhood Cancer Research Group, National Health Services Scotland and Newcastle University Institute of Health and Society, said that they aimed to update previous analyses relating to areas close to these nuclear installations by considering data from an additional 16 years of follow-up.

Their results were that apart from previously reported raised risks, no new significantly increased risks for cancer overall or any diagnostic subgroup were found among children or teenagers and young adults living around either nuclear installation.

In the study, cross-sectional analyses compared cancer incidence rates for 1963-2006 among those aged 0-24 years at diagnosis living in geographically specified areas around either Sellafield or Dounreay with general population rates. Cancer incidence for the period 1971-2006 among the cohort of Cumbrian births between 1950 and 2006 was compared to national incidence for 1971-2006 using person-years analysis. Cancer among those born in the postcode sector closest to Dounreay was compared with that among those born in the three adjoining postcode sectors. Analyses considered both cancer overall and ICD-O-3 defined diagnostic subgroups including leukaemia, central nervous system tumours and other malignancies.

Keith Parker, Chief Executive, Nuclear Industry Association, said: "For many years there have been claims that living near a nuclear plant could lead to an increased risk of childhood cancer. The findings of this extensive study, which follows other studies showing similar results, should reassure the public. It also shows just how nuclear power operators take the safety and health of people in the areas surrounding their facilities extremely seriously."