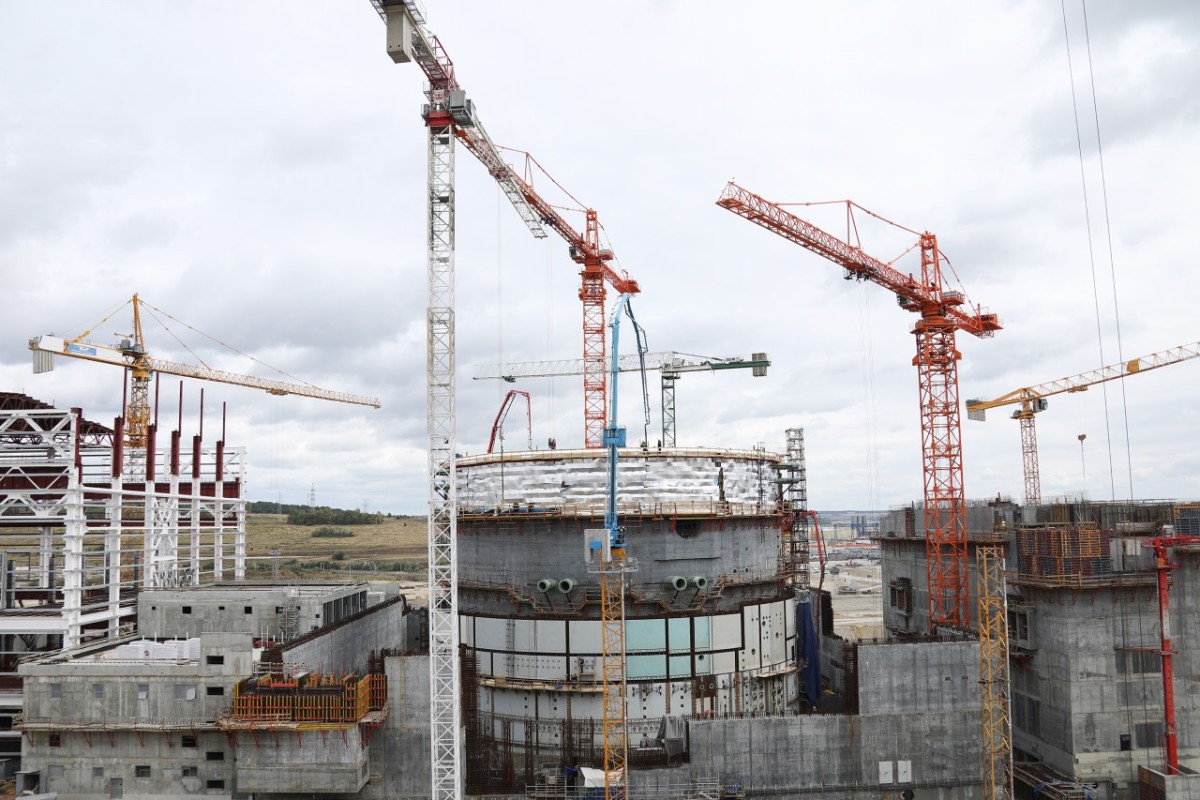 Rosatom has completed concreting the third tier of the inner containment at unit 2 of the Kursk-II NPP, the plant has reported. This means work on the arrangement of the cylindrical part of the containment shell has been fully completed. The third tier is the highest part of the shell construction at a height of 15 metres.

“When concreting the third tier, we used the experience of similar work at unit 1.” said Andrey Osharin, First Deputy Director for the Construction of New Units at the Kursk NPP. “We optimised the reinforcement process, took into account the nuances in the manufacture of formwork, which minimised its rework when reused. All this allowed us to reduce the time taken to concrete the tier, including preparation, to two months, which is half the time compared with the same work at the first power unit.”

Concrete was poured along the ring of the tier in two stages, each of which lasted more than 30 hours. In total, about 2,800 cubic metres of concrete mix were laid.

“Concreting was carried out continuously in day and night shifts using four concrete pumps and 20 concrete mixer trucks. About 60 specialists of Trest ROSsem LLC took part in the work,” said Oleg Shperle, Vice President and Project Director for the construction of the Kursk NPP at JSC ASE. “After the concrete gains the necessary strength, the builders will begin the installation of the fourth tier, which is the domed part of the inner containment.”

Image: The inner containment at unit 2 of the Kursk-II NPP (courtesy of Rosenergoatom)