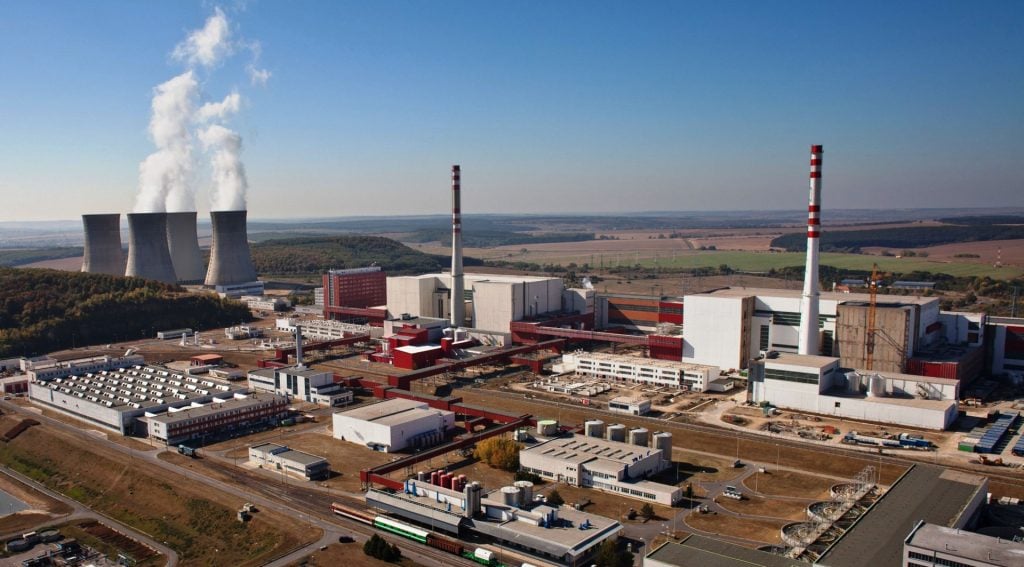 Slovakia's Nuclear Regulatory Authority (UJD - Úrad jadrového dozoru) has approved the next stage of commissioning of Mochovce NPP unit 3, which will be the energy start-up. Mochovce 3 is VVER-440 reactor with a design life of 60 years. Construction of the first two 471 MWe VVER units at the four-unit Mochovce plant began in 1982. Construction of units 3&4, which started in 1986, was frozen in 1992. Units 1&2 began operation in 1998 and 1999 and work to complete units 3&4 resumed in 2009 but faced a series of delays. The final design includes many upgrades to safety and security, introduced in the wake of the Fukushima accident.

UJD’s approval followed submission of a report by owner/operator Slovenské elektrárne (SE) detailing the results of physical start-up tests. These included pressure tests of the containment; primary circuit and steam generators tests; verification of the reactor control and protection systems; and tests to verify all reactor core characteristics - first without a fission reaction and then at a minimum power up to 2% of the nominal power.

During the next stage of commissioning, the reactor power will initially be increased to 5% and then in stages to 100%. Scheduled tests, approved by UJD will be carried out at each stage. Once the power is increased to 20%, when the steam generators are producing sufficient steam, the first and second turbine-generators will be connected to the Slovak electricity system and the first power will be transmitted to the grid. Full functionality will be confirmed by successful completion of a 144-hour proof run at nominal power. The new unit will provide approximately 13% of total electricity consumption making Slovakia energy self-sufficient and a net exporter of electricity, with even more exports expected when unit 4 is completed in 2024.

In addition to NPPs, SE operates 31 hydro, two thermal and two photovoltaic power plants with a total capacity of 4143.8 MWe. The majority shareholder is Slovak Power Holding BV (SPH) with just over 66% of the share capital. Within SPH, EP Slovakia BV (a subsidiary of the EPH Group) and Enel Produzione (a subsidiary of the Enel Group) hold 50% each. The minority shareholder of SE, with just under 34%, is the Slovak Republic through the Ministry of Economy.