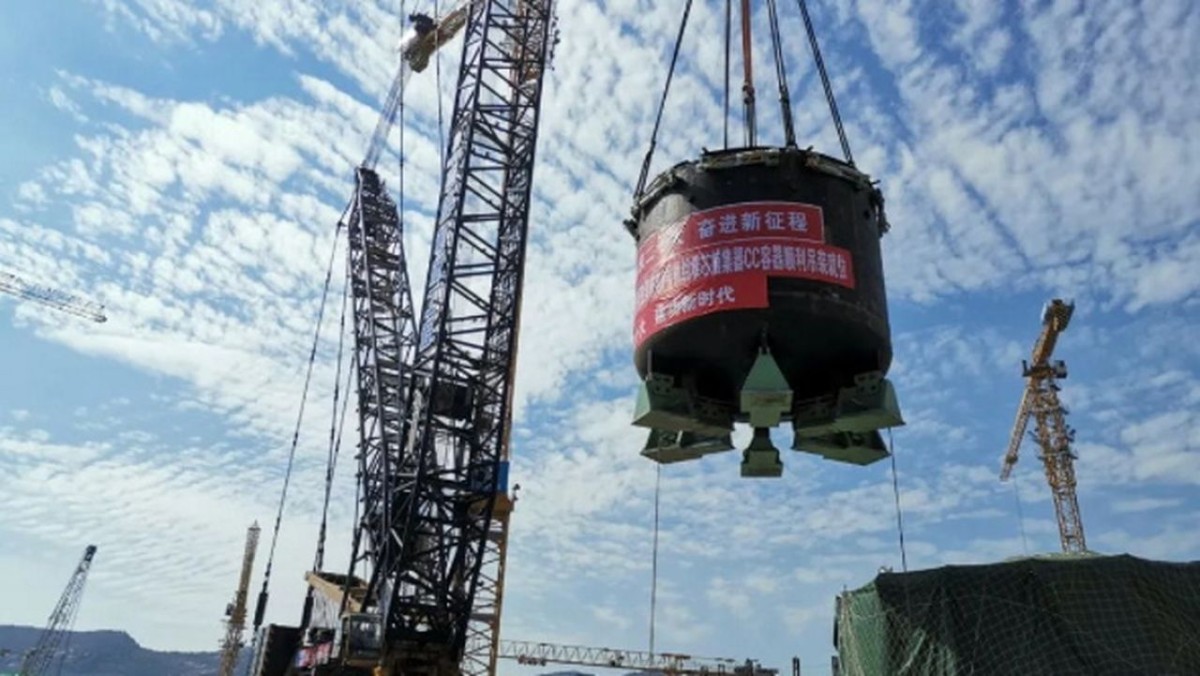 The body of the melt trap has been installed at unit 8 of the Tianwan NPP, which is under construction in China, according to China National Nuclear Corporation (CNNC). This signals the beginning of the installation of the main equipment of the nuclear island. The 6.1 metre high and 156-ton body is the main part of the core trap, which is designed to contain molten core material in the event of a possible emergency in order to prevent the release of radioactive material outside the containment. Other components of the melt trap are cassettes filled with special non-metallic materials, a service platform, a cantilever truss, and a foundation slab.

The construction of unit 8, with a Russian VVER-1200 reactor, officially began on 25 February when first concrete was poured. The agreement for construction of Tianwan 7&8 as well as well as Xudabu NPP units 3&4 was signed by Russian President Vladimir Putin and Chinese President Xi Jingping in June 1918. The commissioning of units Tianwan 7&8 is scheduled for 2026-2027.

Image: The body of the melt trap is hoisted into place at Tianwan 8 (courtesy of CNNC)