Mayak to start reprocessing of fuel from Beloyarsk AMB reactors 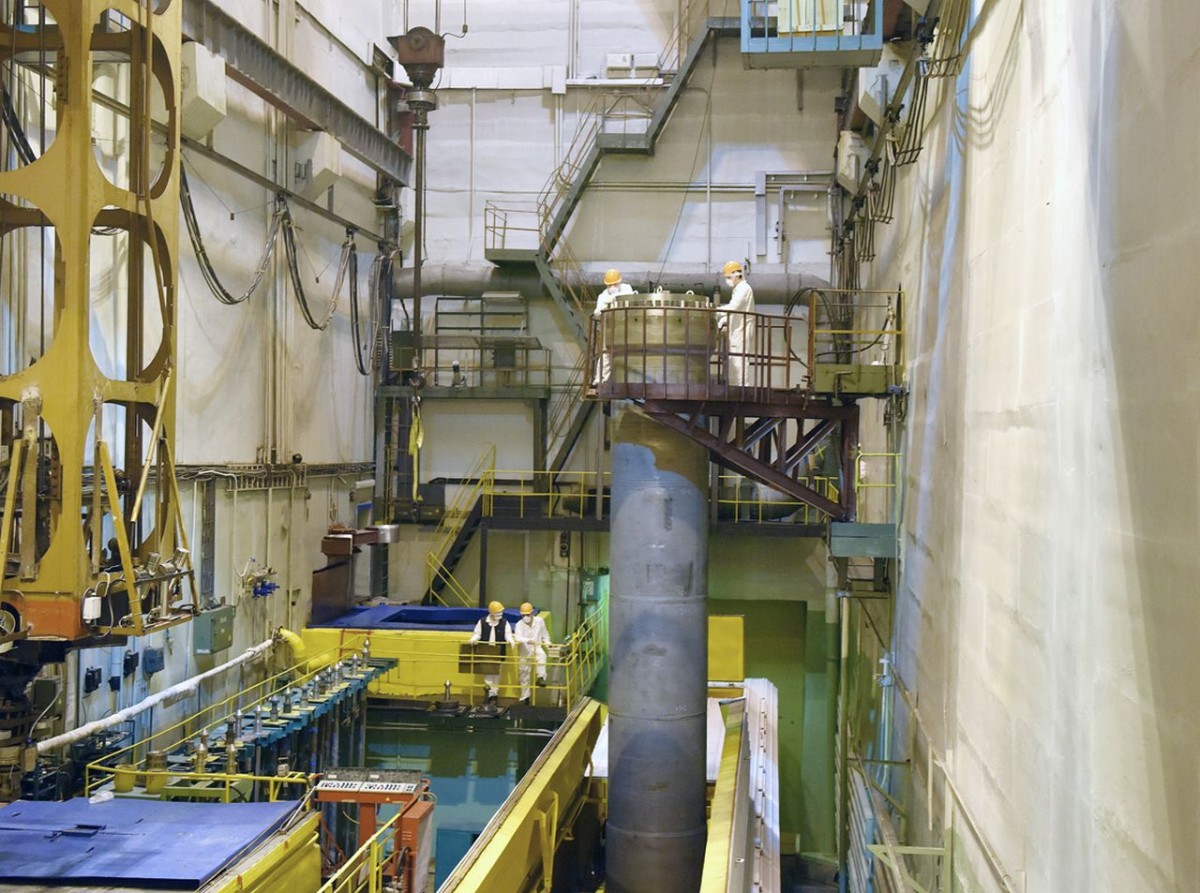 Russia’s Mayak Production Association expects to begin reprocessing used fuel from closed water-graphite channel AMB reactors at Beloyarsk NPP in 2027. A special complex to manage AMB used fuel is almost complete as part of the Federal Target Programme "Ensuring Nuclear and Radiation Safety for 2016-2020 and for the period up to 2030". The complex is being built by the Krasnoyarsk-based Mining and Chemical Combine on the site of plant 235 at Mayak. Design capacity will be more than 40 tons a year of used nuclear fuel prepared for reprocessing and work should be completed by August 2024. The cost of the project is RUB2.5 billion ($34m), according to Rosatom’s public procurement website. Some reprocessing work will take place at Mayak’s existing RT-1 plant.

Unit 1 operated from 1964 to 1981 producing 8.73TWh and unit 2 from 1967 to 1989 producing 22.24TWh. After the units were shut down, some the irradiated AMB fuel assemblies with different burnup depths were unloaded from the reactors and was either transported to Mayak for pool storage or stored in on-site reactor pools. There are currently more than 100 tons of used assemblies in the Mayak storage pool. AMB SFAs are characterised by different fuel compositions, large overall dimensions - 14 metres, as well as a complex configuration of the fuel elements themselves.

Regulator Rostekhnadzor in 2019 issued a licence to Beloyarsk NPP technically allowing continued operation of units 1&2 for 10 years as final decommissioning cannot start until all fuel has been removed from the site. Meanwhile preparatory decommissioning work will continue at least until all hazardous cargo has been delivered to Mayak in 2025.

Since the end of 2021, the Mayak’s radiochemical plant has been regularly removing BN-800 used from Beloyarsk and began reprocessing it this year. “The technology has been tested and the necessary changes were made to the technological documentation. The pilot operation went smoothly,” said Andrey Minderov, Deputy Director of Mayak’s Radiochemical Plant for Processing Production. “So far , the entire amount of BN-800 used fuel that was delivered to Mayak in 2021 and 2022 has been reprocessed. Nuclear materials obtained from processing this type of fuel will be fully used in the fabrication of fresh mixed oxide fuel for the BN-800 reactor – thereby achieving a closed nuclear fuel cycle.”

Mayak is also upgrading its technology for high-level waste processing. Its EP-500/5 electric furnace was closed in 2020 after four years of operation during which 141 million Cu of activity contained in liquid solutions obtained from used fuel was vitrified.

In 2021 Mayak developed design documentation for two new unique types of melter to provide radiochemical production with modern high-level waste vitrification units. These are an EP-250/6 type melter for producing aluminophosphate glass and a small-sized EPM type melter for producing borosilicate glass, Vladimir Blinov, head of the development department of the radiochemical plant, explained. The designs were developed based on the experience of operating five EP-500 electric furnaces and prototypes that have been tested on the experimental stands of the enterprise.

The new melters will be the main equipment of the new vitrification complex at the radiochemical plant, the design of which is being completed this year by JSC RAOPROEKT. The design capacity of the new complex is 490 tons of vitrified high-level waste a year. Construction and installation work at the new complex will begin in 2023, and commissioning is scheduled for 2028.