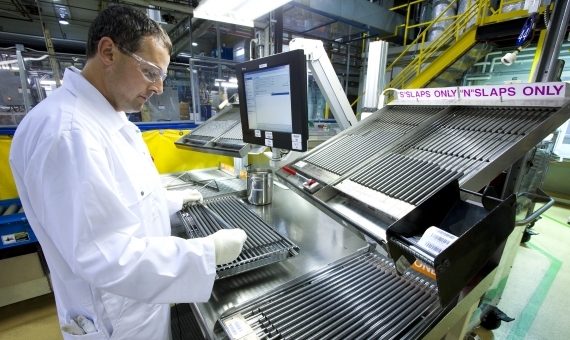 The Canadian Nuclear Safety Commission (CNSC) has granted a 20-year renewal of its Fuel Facility Operating Licence to Cameco Fuel Manufacturing (CFM) at Port Hope in Ontario. This will allow CFM to operate until 28 February 2043 during which it will have to undergo a comprehensive mid-point (10-year) review of its operations as well as a yearly regulatory oversight report meeting and compliance verification activities.

The CFM facility began operating in the late 1950s at the site of Cameco's Conversion Facility. Its manufacturing process involves both uranium fuel pellet manufacturing and fuel bundle assembly. Natural UO2 (uranium dioxide) powder is pressed into pellets, fitted into zirconium tubes and then assembled into Candu reactor fuel assemblies. The CFM facility is located on the traditional territory of the Wendat, Mississauga, Haudenosaunee, Anishinabek Nation, and the territory covered by the Williams Treaties First Nations.

This CNSC decision follows a public hearing held in November 2022, in Cobourg, Ontario. In making its decision, the Commission heard submissions from CFM, CNSC staff, and 42 intervenors. CNSC made participant funding available through its Participant Funding Programme, and invited interventions from Indigenous Nations and communities, members of the public and stakeholders. A funding review committee, independent of the CNSC, reviewed funding applications and made recommendations on the basis of which CNSC awarded up to approximately $58,000 to five applicants.

The new licence also allows CFM to slightly increase production in response to customer demand by operating its existing equipment at 100% capacity - an annual production limit of 1,650 tonnes of uranium, as UO2 pellets. However, CFM says it does not expect to use this capacity in the near future and no changes to the facility are required.

Cameco's Conversion Facility at Port Hope is one of only four uranium conversion facilities in the western world. Processing nuclear material began there in the 1930s, some 30 years before Canada's first NPP began operation. In the 1940s, the facility was a key contributor to the scientific research leading to the very first controlled nuclear fission reaction at the University of Chicago in 1942.

Today, the facility converts purified uranium trioxide (UO3) from its Blind River Refinery to either UO2 or to uranium hexafluoride (UF6). The UO2 moves through the fuel cycle to CFM while the UF6 moves on to enrichment facilities for further processing into fuel for light water nuclear reactors.