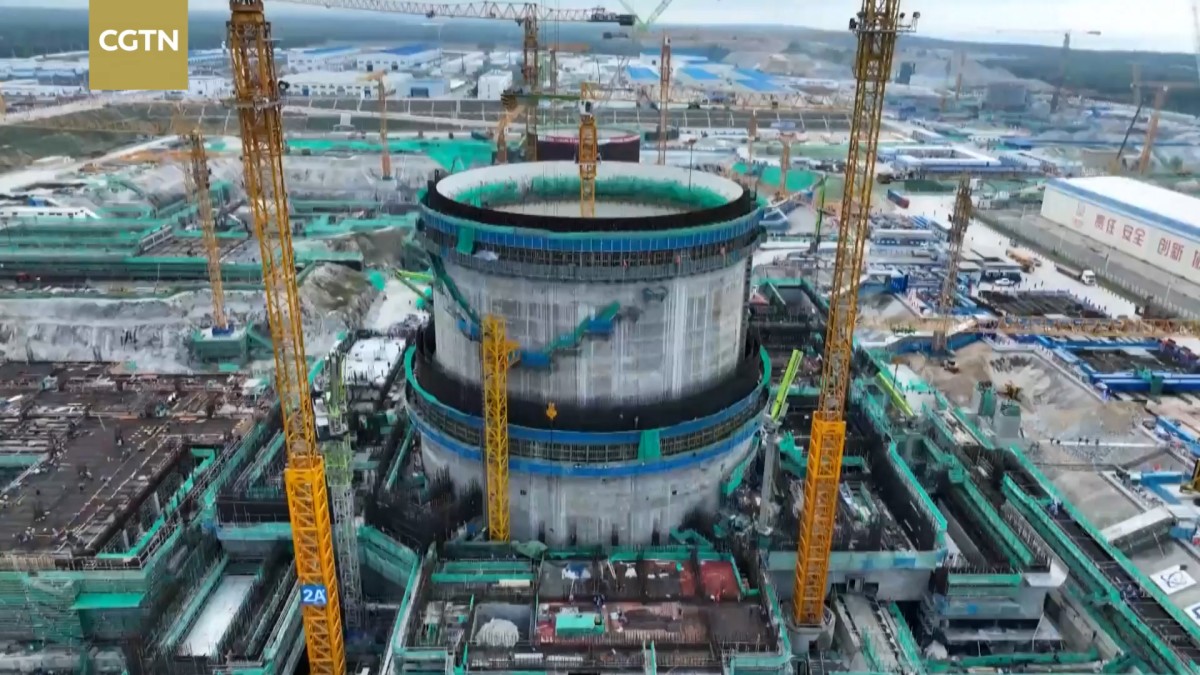 China National Nuclear Corporation (CNNC) said installation work has begun at the ACP100 small modular reactor (SMR - also called Linglong One) demonstration project, under construction at the Changjiang NPP in Hainan Province. Welding is underway on the JR110 room of the R11 zone of the nuclear island reactor building, signalling the official start of installation work, according to CNNC, which added that this will significantly accelerate the pace of installation and construction of other buildings.

The multi-purpose, 125 MWe SMR is a pressurised water reactor designed for electricity generation, urban heating, urban cooling, industrial steam production, or seawater desalination. CNNC began development of the Linglong One in 2010, and it was the first SMR project to pass an independent safety assessment by International Atomic Energy Agency experts in 2016.

Its integrated pressurised water reactor (PWR) design was completed in 2014 and it was identified as a 'key project' in China's 12th Five-Year Plan. The design, which has 57 fuel assemblies and integral steam generators, was developed from the larger ACP1000 PWR. It incorporates passive safety features and could be installed underground.

China's state council approved the ACP100 Science and Technology Demonstration Project in 2021. The project is owned by CNNC Hainan Nuclear Power Company, a wholly-owned subsidiary of CNNP. Construction is expected to take 65 months, for startup in May 2025. Once completed, the project will produce enough power to meet the needs of 526,000 households, CNNC said. The reactor is designed for electricity production, heating, steam production or seawater desalination.

There are already two operating CNP600 power units at the Changjiang site, and construction of the two Hualong One power units began in March and December 2021for operation by the end of 2026.

Image: Installation work has begun within the reactor building of the Changjiang SMR (courtesy of CNNC)