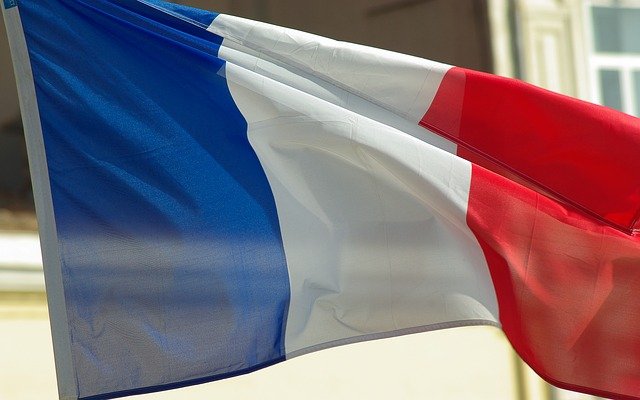 The current rate of deployment of low-carbon energy technologies and energy efficiency solutions in France is not fast enough for the government to meet its energy and climate targets, requiring stronger policy efforts and increased investments, according to the International Energy Agency’s (IEA’s) 2021 Energy Policy Review of France.

IEA notes that France was one of the first countries to enact a climate law, and in 2019, the government put into legislation the goal of reaching net zero emissions by 2050. France has promoted green finance and a green budgeting approach across government, aligning national expenditure and revenue processes with climate and other environmental goals. The government’s 2030 Investment Programme and its economic recovery plan are among the most ambitious globally in terms of clean energy transitions, with innovative funding schemes to encourage building retrofits and low-carbon transport.

However, IEA adds that, in 2022, the government will need to take important decisions to ensure the country gets on track to meet its 2050 net zero emissions goal, notably in terms of plans to modernise its nuclear power fleet. The government will also have to step up its clean energy ambitions and measures for the coming years across the entire economy to align with the EU-wide goal of reducing emissions by 55% by 2030.

“France is approaching a crossroads, as key decisions on its future energy system need to be taken soon to ensure it can reach net zero emissions by 2050. By investing much more in energy efficiency, renewable energy and nuclear power, France can accelerate progress on its key energy and climate goals,” said IEA Executive Director Fatih Birol, during the launch of the 211-page report with Barbara Pompili, France’s Minister for the Ecological Transition.

“The IEA peer review is very precious as it consists of an independent analysis of the strengths and weaknesses of our energy policy, especially in the context of the carbon neutrality by 2050 commitment,” said Minister Pompili. “The IEA review confirms the orientations France has adopted, based on three pillars: strengthening energy efficiency, developing renewable energies and maintaining a nuclear electricity base.”

To maintain its low-carbon power sector, France needs to expand renewable energy and decide on the future of its ageing nuclear fleet, which in 2019 accounted for 71% of electricity production. The IEA report calls on the government to take a timely decision on a vision for France’s post-2030 electricity mix and on the related financing mechanisms in order to send clear signals to investors, especially on nuclear energy.

The report’s general recommendations include:

The 12-page chapter on nuclear looks at the current situation in France and future plans including the possible construction of several new reactors. “EDF proposed to the government the construction of six EPR2,” the report notes. The EPR2 builds on the original EPR design, with two reactors already operating in China (Taishan) and four more are under construction in France (Flamanville), Finland (Olkiluoto) and the UK (Hinkley Point). “While the two Taishan reactors are operating well, the Flamanville and Olkiluoto projects have been hampered by delays and cost overruns.”

IEA says a 2019 report on the EPR at Flamanville, commissioned by the government, “identified skill shortages in the project owner, lack of design maturity and project management issues as key drivers for delays and costs increases.” It added that   EDF has responded to the report’s findings with a number of internal and industry-wide reforms, including the €100 million Excell plan for the development of excellence, high-quality skills, competence and reinforcement of project governance.  In October 2021, France announced a €30 bn investment plan for 2030, which targets

At the international level, IEA says EDF is learning from its experience in the construction of EPRs. “The Hinkley Point project, which started construction in 2017, is implementing a strategy of systematically taking the lessons of prior EPR projects into account. Similar learning benefits are also expected for the second new build project in the United Kingdom of two new EPRs at Sizewell in Suffolk. In addition, EDF is currently exploring possibilities for additional nuclear new build projects, including in the Czech Republic, India and Poland.”

IEA notes that the French government terminated the Astrid sodium fast reactor programme, but is continuing R&D “ keeping the option

open for the second half of the century”. France has also begun R&D on the multi-recycling of mox fuels in pressurised water reactors. Mox is currently used in the older generation 900MWe reactors, some of which are slated for closure in the coming years. To compensate for the loss of load at the La Hague reprocessing and mox plant, after the end of Astrid, mox fuel will be used in some of the newer 1300MW reactors from 2028 onward.

IEA says the role of nuclear energy is part and parcel of France’s energy transition. It provides around 70% of the French low-carbon electricity supply while France has the lowest emissions per kilowatt hour (kWh) of any large economy. However, under the French 2019 Energy and Climate Law, the government targets a reduced nuclear share of 50% by 2035, with renewables making up the difference.  In the energy sector, actions are implemented by two successive five-year energy investment plans (la programmation pluriannuelle de l’énergie - PPE) and the PPE is clear on the criteria to be respected for reducing the nuclear share, requiring no increase in CO2 emissions and no increased risk for the security of supply.

IEA says that, under the PPE, there is little visibility as to the future role of nuclear beyond 2035, as the PPE requires a full assessment of a nuclear work programme, which is ongoing at the time of writing. “The IEA recommends a socio-economic assessment of the long-term electricity and energy mix and its costs under different scenarios. Such an assessment should be the basis for a timely and well-founded decision on this matter.”

France’s nuclear fleet is ageing, and maintaining the contribution of nuclear energy at 50% “thus requires either the long-term operation of existing reactors, the construction of new ones or a combination of both”. A major nuclear new build programme would also maintain advanced technical capabilities in an industry with export potential. “A decision is expected in 2023, after the commissioning of the Flamanville EPR, so after the 2022 French presidential elections.

The financing of EDFs long-term operations programme and/or new builds remains the main challenge for nuclear in France and may require changes to the French regulatory framework.”

IEA’s recommendations for nuclear are that the government of France should: