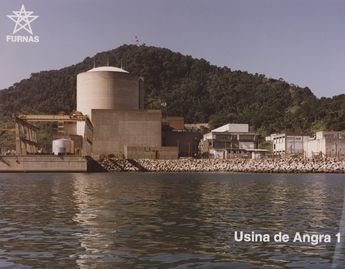 This project was awarded to the company in a tender held by the state-run company Eletronuclear (Eletrobrás Termonuclear) in 2007, worth EUR79 million. Iberdrola Group's engineering subsidiary won out over several US and Brazilian companies also participating in the tender. It ran the technical management of the construction of the project, spearheading the engineering work, planning and construction supervision.

The main aim of the project was to replace existing generators with new ones, thereby ensuring that the power plant operates at 100% capacity. Future priorities will include increasing the generator group’s electricity output capacity.

In the first phase, Iberdrola Engineering studied the geometric specifications of both the new and old generators, evaluating possible obstacles that might interfere with their dismantling and transport, and what structures might be necessary to lift and move the old generator out of the building and the new one into the building. In addition, the access routes into and out of the building were prepared, along with assembly procedures and planning for the new systems to be installed.

In the second phase, the reactor’s containment structure was opened, the old generators removed and the replacements' assembly of electromagnetic components was undertaken. Once these works had been finished, tests were carried out to assure the correct functioning of the hydraulics and the integrity of the containment structure.

During the assembly of the generators, specific methods for moving heavy loads were developed and deployed, adapted to the specifications of the Angra nuclear power plant. The load in question surpassed 350 tonnes and was over 21 metres long.

In addition, Iberdrola Engineering was awarded a three year tender to carry out ultrasound inspections of the low pressure turbine rotors of units 1 and 2 of Brazil's nuclear installation.

Iberdrola Engineering is also working on increasing the capacity of the Laguna Verde nuclear power plant in Mexico by 20%. This is one of the largest and most innovative nuclear projects being developed in the world and has required the contracting of 1,300 workers and 50 companies. It is also carrying out safety-related projects in Ukraine and Russia, upgrades and improvements in Russia, Slovakia and Sweden and provisioning for new plants in France, making it into one of the world's leading companies in the nuclear sector. In addition, the company recently won a tender worth EUR30 million to build a cutting edge treatment plant for radioactive waste in Bulgaria.

Created in 1995 to group together and strengthen Iberdrola's engineering and construction activities, the subsidiary has seen enormous changes over the last five years with the implementation of its strategic plan: its workforce has soared by 250% to 2,500, output has increased 4.5 times, the company's project pipeline has quadrupled and its current EBITDA is 3.2 times greater than when it was set up.