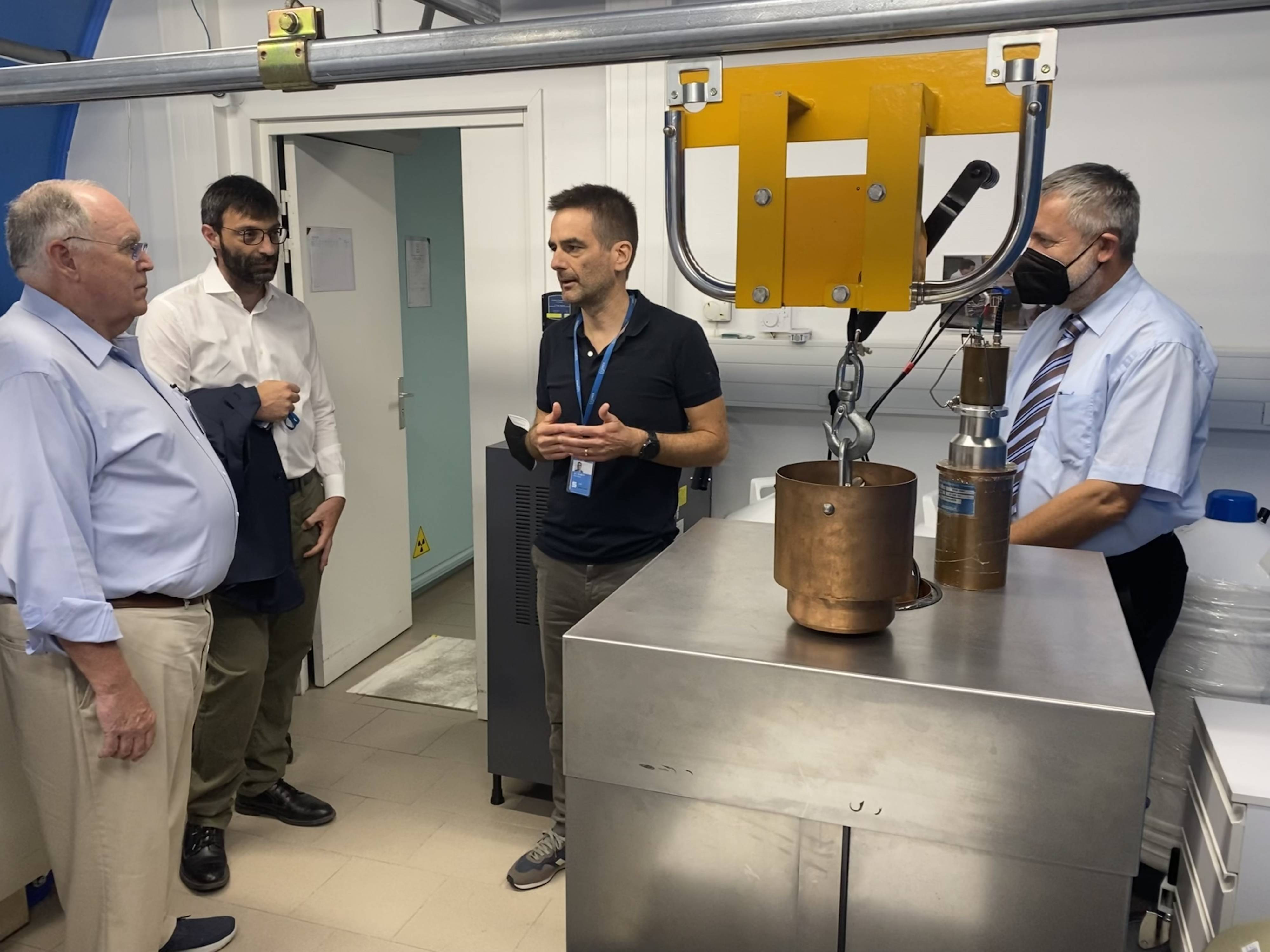 The International Atomic Energy Agency (IAEA) is conducting independent analysis and data corroboration related to the discharge of treated water from the Fukushima Daiichi NPP to validate data reported by Japan.

These activities are one component of the three-pronged safety review being conducted by the IAEA Task Force, which was established by Director General Rafael Mariano Grossi in 2021, comprising 11 international experts from around the world, as well as IAEA staff.

The other two components are the technical assessment of public safety and protection and the review of regulatory activities and processes, both of which are ongoing and expected to culminate with a comprehensive report in 2023, prior to the discharge of the treated water.

The ongoing analysis of the treated water is intended to corroborate the radiological characterisation provided by Fukushima plant operator Tokyo Electric Power Company (Tepco), which is responsible for determining that the water is suitable for discharge to the sea after treatment. Since the 2011 accident, water that has been used to cool the melted fuel and fuel debris has been treated and stored on site. The IAEA’s corroboration work will continue even after starting the release of the treated water, planned for 2023, as part of Grossi’s commitment to remain involved before, during and after the discharge of treated water.

“Through this safety review, the IAEA is leveraging the robust capabilities of our laboratories to enhance transparency and to provide confidence to the international community,” said Gustavo Caruso, Director at the IAEA and Chair of the Task Force.

IAEA experts briefed the Task Force on preparations to conduct the analysis of more than 30 different radioisotopes in each water sample with the support of advanced instrumentation. The experts explained the differences in how each radioisotope is measured and how samples are prepared. Joint development work at the laboratories combined with individual separate analysis will ensure best possible results even for challenging analyses of otherwise uncommon radionuclides. “The IAEA laboratories are working together to ensure a comprehensive scientific analysis and to corroborate the data from Tepco. We are working hard to ensure these initial results can be provided to the international community prior to the start of the water discharge in 2023,” Caruso said.

The Task Force also discussed methods and preparations for the corroboration of the occupational radiation protection capabilities of Tepco and the Fukushima Daiichi NPP.

Earlier this year, the IAEA facilitated two sampling campaigns of treated water from Fukushima Daiichi for analysis by the Agency and third-party laboratories. Additional sampling campaigns from Fukushima Daiichi and the surrounding marine environment are planned over the coming months and years. The IAEA conducts regular performance tests for about 500 laboratories measuring radionuclides in the environment each year, which serve as scientific baselines for assessing the quality and capabilities of participating laboratories.

In April 2021, Japan announced the Basic Policy on handling of the treated water stored at the Fukushima Daiichi site, which is to gradually discharge the treated water into the sea surrounding the plant, subject to domestic regulatory approvals. Water accumulating at the site since the 2011 accident has been treated through the Advanced Liquid Processing System (ALPS) using a series of chemical reactions to remove 62 radionuclides from the water. However, ALPS is not able to remove tritium.

Japan’s authorities requested assistance from the IAEA to monitor and review plans and activities related to the discharge of the treated water to ensure that these will be implemented in a safe and transparent way. Grossi established the Task Force in 2021 to provide Japan and the international community with an objective and science-based safety review of the discharge activities at the site. Since then, the group of more than 25 experts, including from the region, have met eight times and have completed five site visits to Fukushima Daiichi.

Earlier this year, the IAEA Task Force released its first report on safety of the planned water discharge, and in June, a second report on regulatory aspects was released. A third report is expected to be released later this year and will provide a comprehensive overview of the IAEA’s planned activities to corroborate relevant radiological data under its broader safety review.

Image: The IAEA Task Force visit the underground counting laboratory at the IAEA Radiometrics Laboratory in Monaco. The underground facility is set up to limit interference from background radiation, which enables researchers to detect very low levels of radioactivity in a range of environmental samples including seawater (courtesy of IAEA)