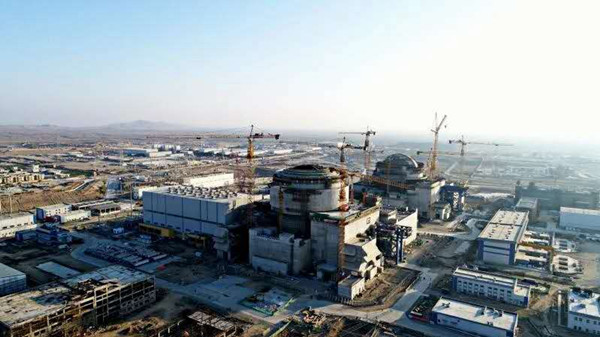 Karachi 2 is the first overseas unit to use China's Hualong One technology. The thermal testing will be followed by nuclear fuel loading, grid connection and power generation.

The tests, lasting several weeks, includes simulating nuclear power plant operations to verify reliability of the main equipment and systems under thermal conditions before the reactor is loaded with nuclear fuel. They were completed on 4 September, CNNC said. Cold functional tests were completed at Karachi 2 in December 2019.

After the completion of hot tests, the Karachi 2 came close to the stage of physical launch, the message says.

The outer containment dome of the Karachi 3 was installed at the end of August, CNNC said.