Hinkley Point B and Hunterston B return to 80% load 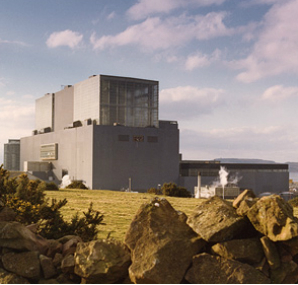 Due to boiler temperature restrictions, the four units at the two stations had been running at approximately 70% load since 2008.

The load was increased following technical modifications and consequential adjustments to plant parameters, and having completed the necessary approval processes and discussions with external stakeholders, according to the statement, made by investment vehicle Lake Acquisitions Limited.

EDF Energy announced in December 2012 that it planned to extend the lives of the stations until around 2023.

Although designed for online refuelling at full power, all of the UK's natural-uranium-fuelled AGRs have not been able to do so. These reactors, and the four at Heysham B and Torness, are some of the most successful, and are able to refuel online, at low reactor power.

In other news, EDF Energy has published accounts of revnenue and operating costs of its nuclear fleet (shared 20% by Centrica) in 2012. Its total revenue was GBP 3 billion, almost all from sales of electricity, and total operating costs were GBP 1.52 billion. Of those costs, GBP 507 million whent to fuel costs. It reported generating 59.5 TWh(t), yielding a spend of GBP 8.5/MWh.