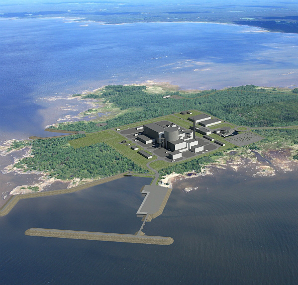 According to the decision of the Finnish Government, in order to obtain the construction licence Fennovoima as the Owner of the nuclear power plant (NPP) must submit the whole set of design documentation to the relevant state authorities in Finland before the end of 2015.

The design agreement is part o the engineering, procurement of equipment and turn-key construction of the Hanhikivi 1 nuclear power plant concluded by Fennovoima Oy and Rusatom Overseas JSC on 21 December 2013.

"Development and coordination of a design agreement is a complex job done by a large close-knit team during many months," said Dzhomart Aliev, Rusatom Overseas CEO. "Key parameters of the future design are defined in such an agreement. Our main requirement to the nuclear power plant documentation development is absolute compliance with the strict safety regulations, the work schedule agreed with Fennovoima and the budget parameters for the Hanhikivi 1 nuclear power plant construction."

He said that this work would lay the ground for the government's licencing procedure and eventual construction start.

ATOMPROEKT director general Sergey Onufrienko said: "Designing the plant for the site in Finland involves compliance with the requirements of the Radiation and Nuclear Safety Authority of Finland (STUK), one of the most conservative nuclear supervisory authorities in the world. Fulfillment of these requirements involves additional engineering calculations and justifications."

The reference design for the Hanhikivi 1 NPP the 1200 MWe VVER AES-2006 design developed at SPAEP, now being implemented at the Leningrad II NPP and Belarus NPP.

In September a new CEO was appointed at Fennovoima, Toni Hemminki.