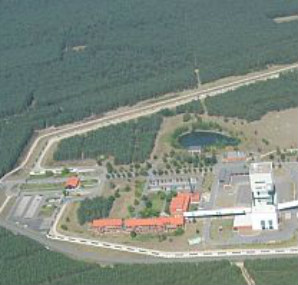 Germany has passed a new law that mandates starting a new search for a repository site for high-level waste "from scratch."

The process will consider all regions with a suitable geology including clay, crystalline and salt host rocks. Gorleben, which has been explored for over three decades, but is politically contested, would remain a potential option.

Prior to the site selection process, a Federal-state commission will be set up to deliberate the fundamental questions related to the disposal of high-level radioactive waste in Germany, including whether at all to aim for a deep geological repository.

The German Atomic Forum, which represents all German nuclear power plant operators, had a mixed reaction to the new Site Selection Act.

"We appreciate the possibility of a new unemotional dialogue on nuclear waste management but do think that the process could be optimized," said Nicolas Wendler, DAtF department of press and politics.

The process can be improved through the work of the commission, which has a mandate to propose changes to the Site Selection Act, he said.

The commission is to propose changes to the Site Selection Act, in particular the process and public participation, and will also determine the site selection and exclusion criteria. Its recommendations are due at the end of 2015 or mid-2016 and shall be passed by parliament as law, DAtF said.

DAtF also contested whether there is a legal basis for German operators to finance a new site selection process.

"The law foresees that the producers of high-level radioactive waste, 96% of which originates from the operators of nuclear power plants, will have to pay for new site selection, in line with standard concept of 'polluter pays'.

"While we don't contest this principle with regard to nuclear waste management and disposal, we do contest that there is a legal basis to pay for the new site selection process," Wendler told NEI.

"In Germany, one site (Gorleben) has been explored since 1979 as a repository for high-level waste, and its exploration is still not finished.

"That means no final judgement has been made on the suitability of the site, while none of the findings of the exploration contradicts suitability.

"Exploration costs of 1.6 billion EURO have been paid at 96.5% by operators of NPPs already. As long as no final judgement of suitability has been made, we see no factual reason for a completely new search," Wendler said.

The Budestag approved the Site Selection Act on 28 June and it was passed by the Bundesrat, which represents the 16 federal states, on 5 July.