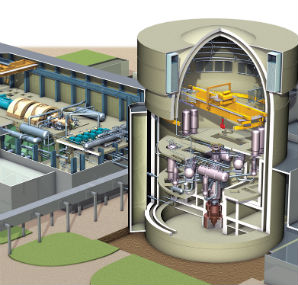 Water is not only necessary for survival of living organisms - we also use it for plant irrigation and in almost every production industry. At least 1,000 litres of water is needed to grow 1kg of wheat, 5,000-10,000 litres is required for meat production, and 1kg of steel would require at least 30-35 litres. As a result, while human activities demand more and more water, the traditionally used underground water reserves extracted through wells are rapidly depleting.

In addition, the usable volume of pure water is limited due to the uneven distribution of surface water sources - about 20% of all available fresh water is in Lake Baikal in Siberia.

In nine countries, water is consumed faster than it is replenished. In the last 150 years, the volume of potable water per person has become four times smaller. By 2025 an estimated 48 countries, with a total population of 3 billion people, will face water shortages.

But fresh water only amounts to 3% of the overall global water reserves. It is evident that if humanity wants to ensure its survival it has to increase use of seawater. Unfortunately, seawater desalination on an industrial scale takes up significant amounts of power.

There are natural water sources, like rivers and lakes. However, in many regions - not only in developing countries - the volume of water withdrawn has already reached or exceeded the allowable limit. For example, in the southwest USA, the volume of water consumed equals the yearly average river flow.

Another natural source of water in arid regions is underground. Saudi Arabia has large underground reserves, in the east of the Al-Ahsa oasis, where wells produce 200-700l/s from a depth of 200-1000m. Asia also has renewable underground water reserves. But many places do not have such sources, or if they do the water in them is mineralised. Natural fresh water sources cannot meet the growing demand.

The issue of global potable water shortage has been approached in various ways.

Global production of fresh water has been growing steadily and rapidly. In 1960 desalination produced only 0.09km3, but by 1985 output had already reached 7.5km3. At that time, forecasts suggested that by 2000 this figure would reach 40km3, but that proved to be incorrect. Only 15.3km3 was produced in 2000. The regional breakdown of desalinated water production is uneven: 60% is produced in the Middle East, 13% in North America, 10%, in Europe, 7%, in Africa and 10% in the rest of the world.

Today, desalination is the most promising method of tackling the water shortage. However, increasing desalination capacity is not possible without commissioning new powerful energy sources. The most negative trend impacting seawater desalination development is the rise in fuel prices, because 60% of the cost of the water is energy.

Desalination first appeared in the times of Aristotle (384-322 B.C.). Industrial-scale desalination has been in development since the 1940s. Today, a number of technologies exist (see box).

To generate large volumes of desalinated water for supply to residential areas and big industrial facilities, three technologies are usually applied.
In reverse osmosis the solvent (water) is forced through a semipermeable membrane from a higher-strength to a lower-strength solution (i.e. in the direction opposite to osmosis). The membrane lets the solvent pass, but catches some substances dissolved in it.

In multi-stage flash distillation water is pumped to the heat source at a pressure under which water is superheated (but does not boil). Lowering the pressure immediately turns part of the water into vapour. The water passes through a series of instantaneous vaporisation chambers.

In multiple effect distillation seawater is dispersed as thin film onto the surface of heat exchange pipes in which steam is circulating. Water is condensed through several stages while the atmospheric pressure is gradually reduced. This technology is also applied at power plants. MED is considered more energy-efficient, but also more difficult to operate.

"Unfortunately, all desalination technologies demand a large amount of energy"

The main consumers of desalinated water are population and agriculture, which imposes considerable economic pressure on the cost. Such water can be competitively priced only if produced on a large scale, which means that a reliable source of sufficiently cheap power is needed. A desalination facility producing 100,000m3 of desalinated water per day can require up to 50MW of electricity.

As a result, despite the will to use renewables for desalination, the prime cost of generation and capacity requirements significantly limit the possibility of their application. Renewables are suitable for water production in recreational areas or territories with small population, where wind and solar energy can be used as sources.

Large-scale desalination facilities are usually supplied with outside power from the grid or operate their own source of heat and electricity.

The power grid option is reasonable in the areas with well-developed electricity networks, high land costs, and available capacity. The first and the last conditions are mandatory from the technological point of view, and the second defines a project's economic viability.

The use of self-generated power to produce desalinated water is becoming more popular. This has three advantages: capital expenses are minimised by common project infrastructure, a cheap power source reduces desalination costs and the project does not take power capacity required elsewhere.

Thermal power plants have been traditionally used as energy sources. This solution is reliable and time-tested, but the prime cost of the electricity and heat generated is significantly higher than at nuclear power plants. This is why the combination of a nuclear facility and a water desalination facility is the most promising economically. However one should not forget that such a combination requires competence in radiological safety, as well as public awareness initiatives among the population that would consume the water.

There are a few facilities already using nuclear energy for desalination.

"There are a few facilities already using nuclear energy for desalination."

In Aktau, Kazakhstan MAEK desalination plant with a capacity of 120,000m3/day operated until 1999. Three large central heating plants and a nuclear power unit, provided water for the nearby city and industrial distillate to several factories, since beginning operating in the 1970s. At Russia's Rostov nuclear plant, where four desalination plants are in operation and four are under construction, each produces 50m3 of water per day.

Nuclear desalination initiatives are supported by the IAEA and there are a number of pilot nuclear desalination projects being implemented in different parts of the world. There are projects in Japan based on each of the three technologies, the first of which was created in 1978. Also,India has a hybrid plant based on MSF and RO, which has been in operation since 2002.

The Sverdlovsk Research Institute for Chemical Engineering, part of the Rosatom Group, manufactured equipment for the MAEK facility.

Taking into account the experience acquired during operation of this plant, and the possibility of integrating a desalination facility into a nuclear plant design, Rosatom State Corporation is expanding its integrated offer to include a desalination option.

The package would include as a power source a large (3200MWt) VVER reactor, would use MED desalination technology and would be capable of producing up to 170,000m3 of water per day. Using nuclear power offers environmental benefits compared to fossil plants, for example no CO2 emissions and no ash or slag generation.

The consumer also gets an economically competitive solution that is time-tested.