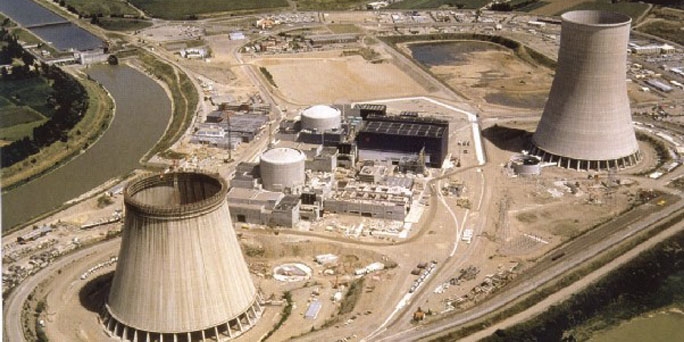 French utility EDF said it would cut back electricity generation at units 2 and 4 of the Tricastin nuclear plant in the south of France today, 25 July, which is expected to be the hottest day in the second heatwave to hit France.

EDF reduced production at the 900MWe Tricastin 4 by 650MWe from late on 24 July until early on 26 July. A similar cut would be applied to the Tricastin 2 reactor.

EDF has reduced power output at several nuclear reactors due to hot weather and low river levels in recent weeks.

The use of water from rivers as a coolant is regulated by law to protect plant and animal life, and EDF is obliged to cut electricity generation in hot weather when water temperatures rise, or when river levels and the flow rate are low.

Output was reduced at the two reactors at EDF’s St Alban nuclear plant on 23 July. Water from the Rhone is used to cool the two 1335MWe reactors. On 22 July EDF said it would prolong planned outages at its two Golfech reactors because of the heatwave.

The French Nuclear Safety Authority (ASN) said on its website that a heatwave could affect: reactor cooling and effluent management, thermal discharge and operation of safety systems.

However, it noted that operating during a heatwave is taken into account in the reactor safety case, and this is regularly reviewed to take into account changes in climate.

ASN said that since the heat waves of 2003 and 2006, EDF had reinforced the ventilation and air conditioning in areas containing safety-related equipment.

It also noted that a temporary relaxation of thermal discharge limits could be authorized if required by the electricity network, as was the case during the heatwaves in 2003 and 2006. In this is necessary, environmental monitoring would be increased.