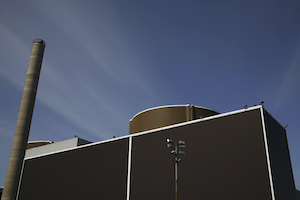 Fortum Power and Heat Oy on 18 March submitted the Loviisa nuclear power plant operating licence application to the Finnish Government with the aim of operating both units until the end of 2050.

Fortum also applied for a licence to use the low- and intermediate-level radioactive waste final disposal facility located in Loviisa’s current power plant area until 2090.

“We want to support the achievement of Finland’s and Europe’s carbon neutrality targets and enable the building of a reliable, competitive and sustainable energy system,” said Simon-Erik Ollus, executive vice president, Generation Division. “Loviisa power plant’s lifetime extension is significant for all of Finland because it contributes to securing the supply of clean domestic electricity also in the future.”

Sasu Valkamo, vice president of the Loviisa NPP, noted: “Our employees have done a really great job in security the reliability of electricity production throughout the history of the power plant. Thanks to their know-how and expertise, the Loviisa power plant is in good condition and we can safely continue its operations.”

The Finnish Government will review the application and will request statements from a range of various parties, including the Finnish Radiation and Nuclear Safety Authority (STUK), and will make its decision based on expert statements. The process is estimated to take about one year.

In 2021, the Loviisa power plant produced a total of 8.2TWh (net) of electricity, which is more than 10% of Finland’s electricity production and operated at a load factor of 92.9%, among the highest in the world.

During the past five years Fortum’s investments in the Loviisa plant have totalled about €325 million ($360m).