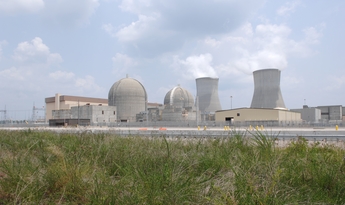 Southern Company subsidiary Georgia Power has entered into an engineering, procurement and construction (EPC) contract with Westinghouse and The Shaw Group for two AP1000 units at the Alvin W Vogtle site near Augusta in Georgia’s Burke County.

Steve Tritch, Westinghouse president and CEO, said the contract is the first to be announced in the USA in over 30 years. However, the contract is dependent upon approval by the Georgia Public Service Commission (PSC).

Georgia Power, acting for itself and Vogtle’s co-owners – Oglethorpe Power, Municipal Electric Authority of Georgia and Dalton Utilities – said it would file the EPC contract with the Georgia PSC by the 1 May 2008 deadline for submission of new baseload generation bids. Georgia Power spokesperson Lynn Wallace told NEI that project details such as costs would not be revealed until after all competing bids had been filed. However, she confirmed that Georgia Power has only submitted the self-build nuclear option. “If we get the approval, we do intend to build,” she said, but pointed out that a firm contract could not be signed without PSC approval.

Once the PSC’s independent evaluator has reviewed the bids, the PSC will select a preferred resource in August 2008 for approval, with a final certification decision expected in March 2009. Subject to certification of its bid by this date, Georgia Power said it expected the two new 1100MWe reactors at Vogtle 3 and 4 to enter service in 2016 and 2017, respectively.

Georgia PSC Commissioner Stan Wise welcomed the EPC contract announcement. “I am pleased that Georgia Power is keeping the option of nuclear generation open,” he said adding: “While the contract still has to be judged against other power generation alternatives and approved by the PSC, I am optimistic about the chances to grow our nuclear generation.”

The EPC contract announcement follows the filing at the end of March 2008 by Vogtle operator Southern Nuclear Operating Company of a combined construction and operating licence for the proposed AP1000 units. An early site permit was filed with the Nuclear Regulatory Commission in August 2006.

The two existing PWR units at the Vogtle site, both currently rated at just under 1250MWe, commenced operations in 1987 and 1989.

Related ArticlesGetting the gloves on Down the drain HEU not ‘lost’ but found £7.4 million ventilation overhaul Dounreay privatisedExternal weblinksNuclear Engineering International is not responsible for the content of external internet sites.Dounreay Site Restoration Ltd
Post to: