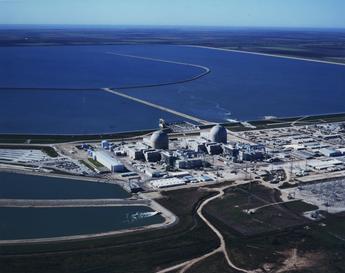 The application is the first complete COL submitted to the Nuclear Regulatory Commission.

A spokesman for NRG Energy said: "We are assembling the team for the construction of South Texas Project units 3 and 4. We chose the ABWR technology because it is already certified by the Nuclear Regulatory Commission and it is proven technology with an outstanding construction and operation record.

"We have a project services agreement with Toshiba to support NRG in the design, engineering, construction and procurement of the two new units and that will allow NRG to access Toshiba’s recent successful experience in the construction of ABWRs. We are developing the most viable and best project we can – and having all available ABWR-experienced providers working with NRG will help ensure the project comes in on time, on budget and to the most exacting standards.

In June 2006, NRG Energy notified the Nuclear Regulatory Commission of its intention to construct units 3 and 4.

South Texas Project Nuclear Operating Company, together with a contracting team led by GE-Hitachi Nuclear Energy and Bechtel, prepared the COL for units 3 and 4 in just over one year.

Fluor later announced that its Power Group was awarded a contract by Toshiba for engineering, procurement and construction-related services for the two new nuclear reactors planned for the South Texas Project.

The 12,220-acre site and 7000-acre cooling reservoir were originally designed for four units. The two new units will be built adjacent to the currently operating units 1 and 2.