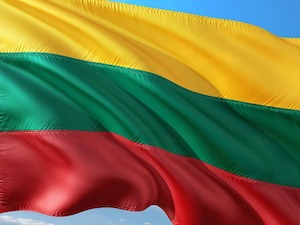 The general criteria for Lithuania to dispose of its used nuclear fuel will be studied by Finland’s Posiva Solutions, Ignalina NPP has announced.

Ignalina NPP is currently decommissioning two 1500MWe RBMK reactors that provided 70% of Lithuania's electricity before they were closed as a condition forLithuania’s accession to the European Union. Ignalina NPP has removed fuel from the reactors and placed it into dry casks for interim storage at the site.

Under a year-long contract that entered into force on 21 January, Posiva Solutions will offer support including discussion of "the principles that will ensure the safety of used nuclear fuel and long-lived radioactive waste storage ... the methodology for long-term safety assessment, the methods to be used for safety assessment, software and data."   Posiva will also perform a general safety assessment of geological formations potentially suitable for a used fuel repository in Lithuania and will prepare general criteria for its construction.

Ignalina NPP noted that the design of the eventual repository system would need to comply with Lithuania's general nuclear safety requirements for nuclear facilities, which themselves are in line with the recommendations of the International Atomic Energy Agency.

After the preparation of the general safety criteria, an initial comprehensive assessment of the suitability of Lithuanian sites will be undertaken. Ignalina NPP said that the location of the repository will be selected in the future, with a special focus on safety. A safety analysis will be performed  and the necessary assessments and analyses will be carried out. “As new information becomes available, the analyses will be refined until the most appropriate location for the repository is selected.”