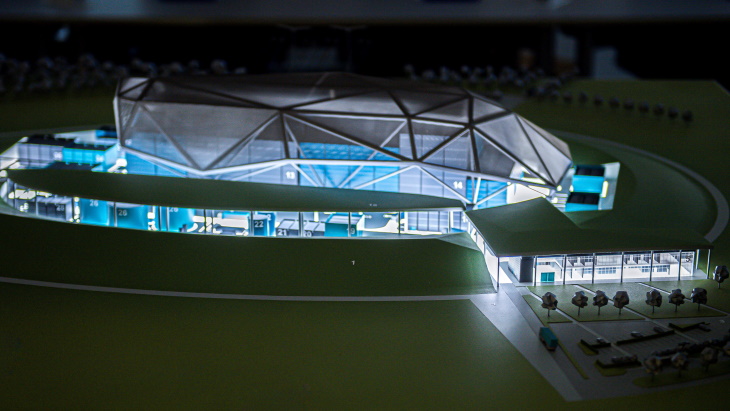 Estonia’s Fermi Energia has sent a call for tenders to three new generation small modular reactor (SMR) developers - GE Hitachi, NuScale and Rolls-Royce. Bids with comprehensive technical documentation needed to estimate the construction cost are expected by December, and the technology selection will be made in February 2023.

Fermi Energia's international partners and shareholders helped prepare the detailed call for tenders. In the selection of technology, the criteria are technological maturity, the establishment of a reference station, economic competitiveness and the participation of Estonian companies in the supply chain. The winner will sign a project development and preliminary works contract.

"We started selecting the technology already in 2019, at that moment mapping all the companies developing new nuclear technologies, of which there were several dozen in the world at that time,” explained Kalev Kallemets, head of Fermi Energia. Some of them have turned out to be more successful, and from the successful ones, in turn, we have to choose the most suitable for Estonian conditions and the electricity system, taking into account the final price of the produced electricity for the consumer.”

He added: “All three small reactor manufacturers participating in the bid have initiated formal construction permit procedures with the regulator in major countries, and it is believed that the first reactors of their kind to be built will produce electricity at the end of the decade. It is justified to choose the best reactor technology of the new generation, which has already proven itself, to be built in Estonia."

Fermi Energia is planning to build a new generation small reactor in Estonia to ensure electricity production independent of the weather at a long-term fixed price starting at 55€/MWh for its customers. The costs of building a small reactor with standardised, factory-produced components are significantly lower than in the case of large nuclear plants built so far, and the short construction time also helps to reduce the risk of delays and related costs.

"Compared with long-term fixed-price contracts offered to private and industrial consumers on the Baltic market, the electricity produced by a small reactor is many times more affordable, and we want to offer it to consumers with whom we have signed fixed-price electricity supply cooperation contracts," Kallemets said.

"Both NuScale and GE Hitachi are companies with financial support from the United States government, the British government has invested GBP210 million in the development of Rolls-Royce's small modular reactor," said Marti Jeltsov, Chief Technology Officer of Fermi Energia. “All three companies have achieved design maturity over the past few years, which provides significant certainty to the feasibility of the projects. The arrival of the new generation of small reactors on the market also gives Fermi Energia the opportunity to move ahead with the technology selection at a faster pace than planned.”

GE Hitachi's BWRX-300 small reactor has so far been Fermi Energia's reference technology in nearly ten studies, and the construction site for construction of this reactor is already underway near Toronto, Canada. NuScale and Rolls-Royce plan to start their first constructions in the coming years.