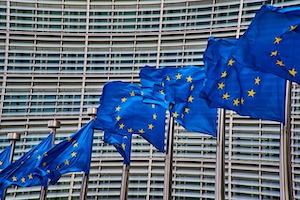 The European Commission (EC) has drawn up a draft plan to label some natural gas and nuclear energy projects as "green" investments provided they satisfy certain conditions. This follows a year of discussion, debate a lobbying from countries in favour of and against the move. The draft was made public by Euractiv.

Nuclear power plant investments would qualify provided the project has a plan, funds and a site to safely dispose of radioactive waste. New nuclear plants must receive construction permits before 2045.

Gas and nuclear power generation would be labelled green on the grounds that they are "transitional" activities - defined as those that are not fully sustainable, but which have emissions below industry average and do not lock in polluting assets.

"Taking account of scientific advice and current technological progress as well as varying transition challenges across member states, the Commission considers there is a role for natural gas and nuclear as a means to facilitate the transition towards a predominantly renewable-based future," the EC said in a statement.

The lifetime extension of existing power plants will also be considered green “in view of the long lead times for investments in new nuclear generation capacity,” the draft says. To be considered green, these will however need to “include modifications and safety upgrades” to ensure they comply with “the highest achievable safety standards”, according to the draft.

EU countries and a panel of experts will scrutinise the draft proposal, which could be changed before publication later in January. EU member states were given until 12 January to provide feedback. Once published, it could be vetoed by a majority of EU countries or the European Parliament, but it cannot be amended.

On 1 January, Luxembourg energy minister Claude Turmes said on Twitter that he and the ministers of Germany and Austria would examine the proposal in detail and discuss further steps. Germany welcomed the plan to define some energy gas projects as green investments, but not for nuclear energy projects. On 31 December Germany shut down three of its last six nuclear power plants, with the other three to be closed at the end of 2022.

Brussels completed the green taxonomy rules in 2021 for some sectors such as buildings and transport and from January investments not included in the taxonomy can no longer be marketed as climate-friendly in the EU. The gas and nuclear rules still have to be decided.

What is in the leaked draft?

The 60-page EC document, only 12 pages of which relate to the main draft, includes two extensive annexes which provide context and details. The preamble notes that the establishment of technical screening criteria for energy generation from nuclear was “postponed awaiting an in-depth expert assessment, launched in 2020, of whether the nuclear lifecycle, and notably nuclear waste, could be considered compatible with the requirement, laid down in Article 17 of Regulation (EU) 2020/85212, that an activity can do no significant harm to other environmental objectives”. It notes that, “In the light of those respective assessments, it is necessary to recognise that the fossil gas and nuclear energy sectors can contribute to the decarbonisation of the Union’s economy.”

It cites the final report of the Technical Expert Group on Sustainable Finance (March 2020) which stated that nuclear energy generation has near to zero green-house gas emissions in the energy generation phase and evidence on the potential substantial contribution of nuclear energy to climate mitigation objectives was extensive and clear. It also notes that “by providing a stable baseload energy supply, nuclear energy facilitates the deployment of intermittent renewable sources and does not hamper their development”.

The draft also cites the scientific review conducted by experts, which “concluded that the technical screening criteria concerning nuclear energy related economic activities should ensure that no significant harm is done to other environmental objectives due to potential risks arising from the long-term storage and final disposal of nuclear waste."

That draft directive contains a high-level nuclear safety objective covering all stages of the lifecycle of each nuclear installation, including the siting, design, construction, commissioning, operation and decommissioning of such installations. In particular, it calls for significant safety enhancements in the design of new reactors, including the so-called Generation III+ reactors, for which the state of the art knowledge and technology should be used taking into account the latest international safety requirements.

The draft notes that accident-tolerant fuel for nuclear power plants has become available in the market. “In order to take into account those recent technological developments, the use of that type of fuel should be set out as a requirement in the technical screening criteria.” It further notes that worldwide, research and development efforts are ongoing to develop new nuclear reactor technologies that use closed fuel cycles or fuel self-breeding concepts and that minimise the production of high-level radioactive waste. “Although those Generation IV reactors are not yet commercially viable, technical screening criteria should be laid down for such reactors in light of their potential contribution to the objective of decarbonisation and minimisation of waste.”

The draft says it is necessary to ensure that new nuclear plants use the most advanced solutions resulting from technological progress. “The technical screening criteria for such new nuclear power plants should therefore provide for regular reviews of each investment project, and for technical parameters that correspond to the best-available technology in view of the outcomes of sustained research and development efforts and the continuous improvements of technologies.”

In view of the long lead times for investments in new nuclear generation capacity, extending the service time of selected existing nuclear installations can support the decarbonisation of the energy system in the near to medium term, the draft says. “The technical screening criteria for such extensions should, however, include modifications and safety upgrades to ensure that those nuclear installations comply with the highest achievable safety standards and the safety objective requirements laid down in legislation adopted under the Euratom Treaty.”

In the light of the expected technological and scientific developments, investments in the construction and safe operation of new nuclear installations “should be subject to technical screening criteria and to time-limits that will encourage the use of new reactors with closed fuel cycle or fuel self-breeding once they become commercially available.”

To ensure long term disposal of waste does not cause significant and long-term harm to the environment, it is “appropriate to set out in the technical screening criteria specific requirements for a radioactive waste management fund and a nuclear decommissioning fund, and to require operational final disposal facilities for all radioactive waste, which should enable projects covered by this Regulation to avoid any export of radioactive waste for disposal in third countries”.

The draft notes that realistic solutions are becoming available for member states to develop and operate storage facilities for low and intermediate waste  and geological disposal for high level waste by 2050.

It concludes that “it is necessary to provide non-financial and financial undertakings with sufficient time to assess whether their economic activities relating to fossil gas and nuclear energy comply with the technical screening criteria laid down in this Regulation, and to report on the basis of that assessment”.  The date of application of this Regulation should therefore be deferred to 1 January 2023. The draft is signed by EC President Ursula Von Der Leyen.

Over the coming months arguments and lobbying by both supporters and opponents of the amended taxonomy will undoubtedly continue.

The plans need the backing of a large majority of the 27 member states and a simple majority in the European Parliament. However, if it is accepted, it will give a boost especially to new nuclear technologies and fuels and to projects which aim to close the nuclear fuel cycle.