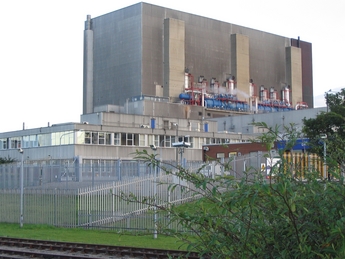 UK electricity utility EDF has decided to extend the lifetime of two of its UK AGR reactors, and is planning five-year life extensions for all seven of its AGR stations. In addition, a 20-year life extension is being planned for the Sizewell B PWR, which started up in 1995.

In a statement, EDF said:

"Having completed the necessary technical and economic evaluation and received the relevant external consents, the decision has been made to extend the lives of Hartlepool and Heysham 1 power stations by five years to 2019. This decision extends the life of these stations for accounting purposes to 35 years. Further studies will be conducted by 2016 regarding the potential for additional life extension beyond 2019.

"Load was reduced on Heysham 1 Reactor 2 to approximately 80% of full load in October 2006 to reduce the surface temperature on an area within the reactor, known as the Hot Box Dome. It was disclosed in April 2010 that the degradation mechanism had the potential, if not resolved, to limit the output of the remaining reactors at Heysham 1 and Hartlepool below full load within three years. During 2010 Heysham 1 Reactor 2 has been running at approximately 70% of full load.

"An established and dedicated team has continued to work towards resolving the issue and the company now believes that it has a solution which would allow load on Heysham 1 Reactor 2 to be increased to greater than 90% of full load and to significantly reduce the risk of future load restrictions over the extended life of the remaining reactors at Heysham 1 and Hartlepool. The intention is to implement the solution during outages over the next few years.

"The progress made on this issue has supported the decision to extend the lives of these power stations."

In its existing nuclear business in the UK, the Group’s objective is to achieve nuclear output above 55TWh per annum for its seven 600MWe-class AGR reactors, and its 1250MWe PWR. The annual generation figure (55.1 TWh) was last achieved in 2009, although in 2010 the group lost 6TW to the Sizewell B pressuriser incident, and 3TW each for problems at Heysham 2 (ISI plug) and Dungeness B (R21 header inspections), according to a presentation to investors on 17 December by Andy Spurr, managing director, existing nuclear, EDF Energy.