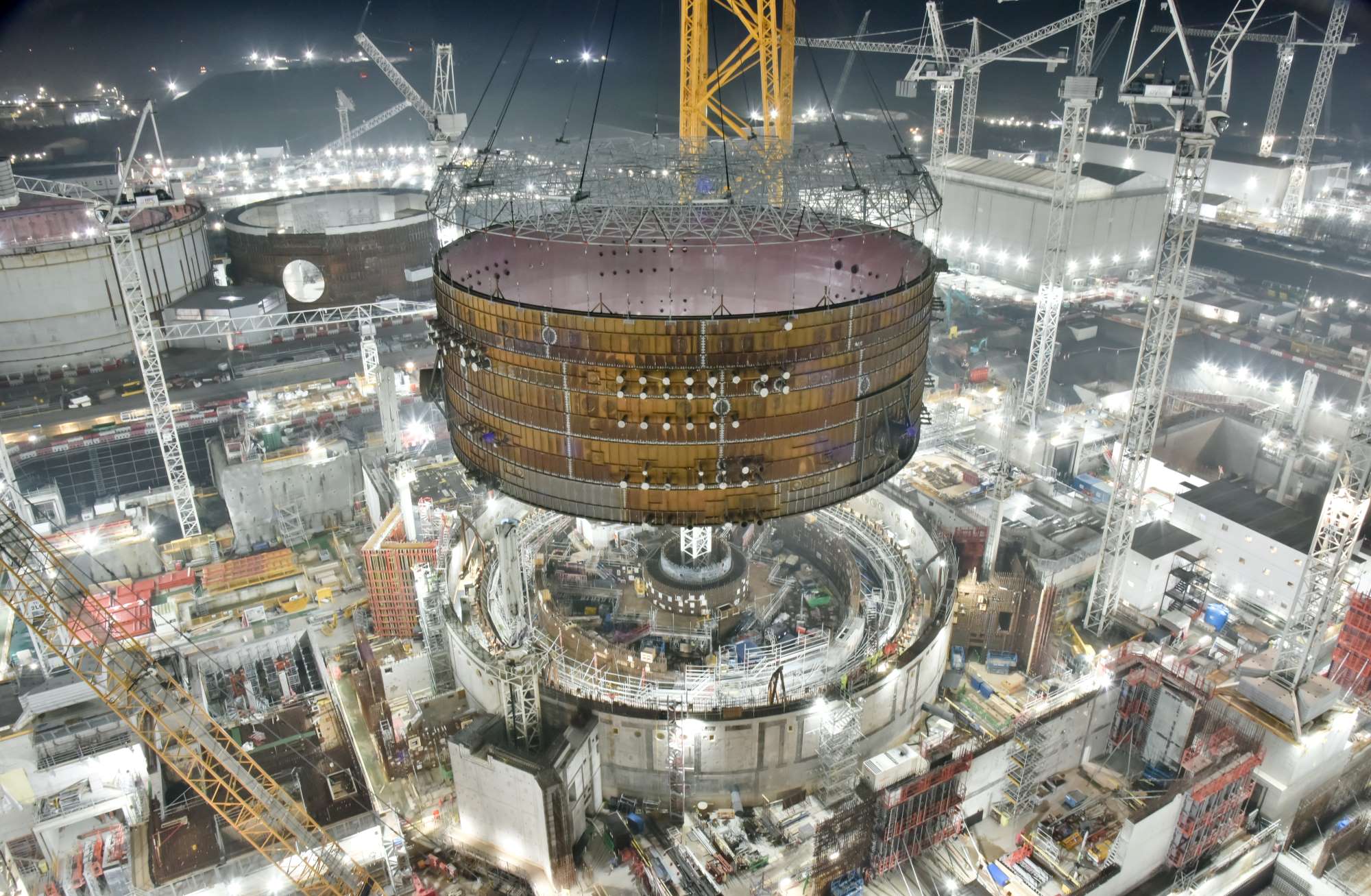 EDF has told City AM that it has secured 14 years of funding for the UK nuclear plant under construction at Hinkley Point C (HPC) in case of the risk of further delays. EDF has agreed updates to its original contract-for-difference (CfD) signed with the Uk government in 2016. The updated CfD ensures EDF’s funding will continue even if Hinkley Point does not start operating until 2036 as planned.

However, EDF confirmed that the project is still on course for completion in 2027, following an approximately two-year delay due to the pandemic and supply chain disruptions. Nevertheless, the project is also roughly 45% over budget with the original projected cost of GBP18bn ($22bn) having now risen to GBP26bn.

The new CfD still includes China General Nuclear (CGN) which took a 33.5% stake in the HPC project, which comprises two EPR reactors. Under the original deal, EDF and CGN also planned to build a replica EPR plant at Sizewell C in Suffolk and a new plant at Bradwell in Essex, using China's HPR1000 (Hualong One) reactor technology. However, CGN has recently been excluded from the Sizewell project and any further involvement Uk nuclear development.

In 2013, a price of GBP92.50 per MWh was agreed as the strike price for the HPC project, whereby the government would top up EDF's income to this level if wholesale prices were lower. EDF, in turn, would have to pay money to the government if market prices were higher. From 2025-2029, EDF received a 35-year CfD but after 2029 the CfD is reduced in value until 2033. This is the “long-stop date”, after which the contract could be cancelled if the project was not completed.

The Low Carbon Contracts Company (LCCC), the government's counterparty in the contract, announced on 29 November that the long-stop date had been extended from 1 November 2033 to 1 November 2036. The UK Department for Business, Energy & Industrial Strategy (BEIS) published an updated version of the CfD on its website, noting: “We have added an updated contract. The update means the Longstop Date, the point at which the CfD may be terminated for non-completion, moved from 1 November 2033 to 1 November 2036. The extension reflects LCCC’s work with the HPC project over the last 20 months to understand the impacts of COVID-19, as well as the outcome of BEIS’ negotiations with China General Nuclear on the Sizewell C nuclear project.”

Construction of HPC began in December 2018. Unit 1 was originally scheduled to start up by the end of 2025. In January 2021, EDF said the start of electricity generation from unit 1 had been rescheduled to June 2026 adding that delays due to the pandemic would also increase costs by GBP500 million to GBP22-23 billion. In May, EDF announced the start of electricity generation for HPC 1 is now expected in June 2027 with project completion costs estimated at GBP25-26 billion.

"Hinkley Point C's schedule was recently reviewed in detail and remains unchanged," said a HPC spokesperson. "The power station's clean, home-grown electricity is needed to provide Britain with secure and affordable energy and to help the country kick its dependency on gas. The team at Hinkley Point C is working hard to make the plant operational as soon as possible."