EDF confident fuel loading at Flamanville 3 will begin in 2023 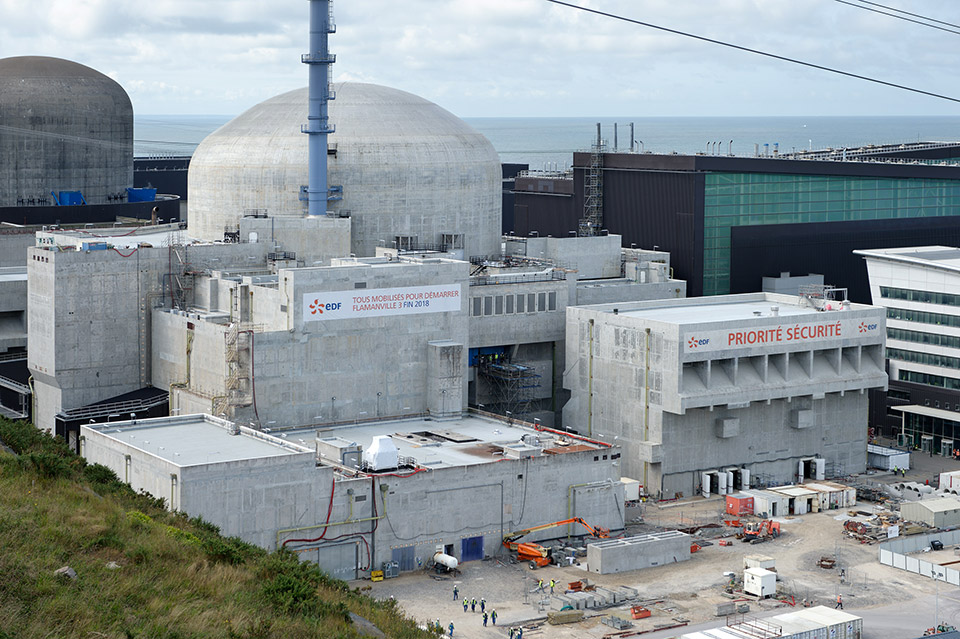 Fuel loading at unit 3 of the Flamanville NPP will begin on schedule in the second quarter of 2023, Xavier Ursat, executive director in charge of EDF's new nuclear projects a company official has said. The 1600MWe Flamanville 3 EPR, which started construction in December 2007, was originally expected to cost €3bn and to be ready in four years. However, it has faced a series of delays and technical issues. An estimate from October 2019 put the cost of the Flamanville EPR project at €12.4bn. In 2020, the Autorité de Sûreté Nucléaire (ASN) said that around 100 welds in the reactor circuits needed to be repaired before the reactor could be commissioned.

In January, EDF announced that Flamanville 3 will cost €300 million ($313.47 million) more than its previous forecast and that fuel loading was being pushed back by up to six months to the second quarter of 2023. EDF now expects the plant to start producing electricity at the end of 2023. “It's the final sprint and each week we feel this positive tension growing," said Alain Morvan, head of the Flamanville EPR project. "I think it's good for the French industry and good for EDF that we finish a site that has faced problems," he told Reuters.

The French government, which owns 84% of EDF, sees nuclear as crucial to mitigate the effects of the growing European energy crisis is face of restrictions on Russian gas supplies. In February, President Emmanuel Macron announced a €52 billion plan for EDF to build at least six new EPR reactor. Nuclear accounted for 69% of France’s electricity output in 2021.

EDF believes problems due to the faulty welds at Flamanville 3 will be overcome so the latest deadlines can be met. Of the 3,000 people currently working on the EPR project, 800 are focused on fixing the welds and some 50 out of 122 are still awaiting repair. "I want to believe that we have analysed the situation well enough to avoid any further surprises," Morvan said.