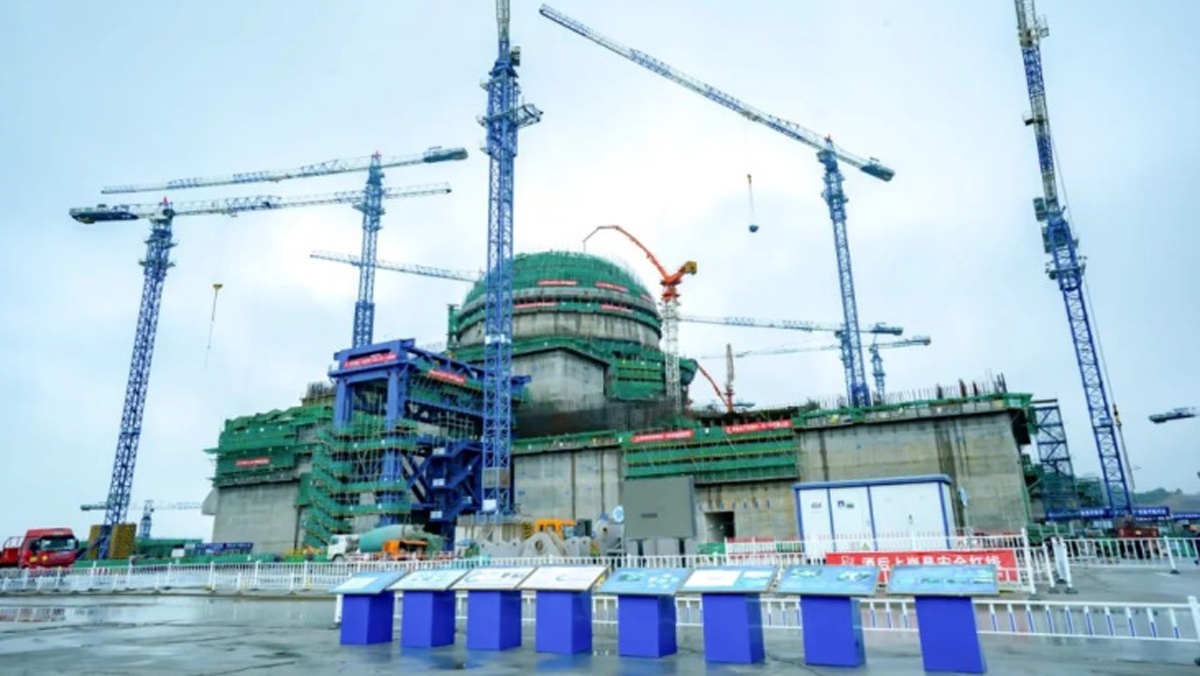 Concreting of the internal protective dome at unit 1 of China’s Zhangzhou NPP in Fujian province has been completed, China Nuclear Industry 24 Construction Company (CNI24), a subsidiary of the China National Nuclear Corporation (CNNC), said. Zhangzhou 1, the first of two Hualong One units at the site, is scheduled to enter commercial operation in 2024.

The steel dome for the inner containment - 45 metres in diameter, almost 14 metres high and weighing about 260 tons - was lifted by crane and installed in place in October 2021. CNI24 said the concrete pouring of the inner dome was completed on 28 May after an operation that lasted 18 hours and 40 minutes.

The company noted that the maximum radius of the inner dome is now about 24.5 metres, the maximum thickness of the walls is about 2 metres, and the thickness of the remaining walls is about 1 metre. About 819 tons of steel reinforcement were used in its construction. The total volume of concrete poured onto the inner dome was about 4,013 cubic metres.

The company noted that, with the installation of the inner dome now complete, the project has now "shifted from the construction stage to the installation stage." The reactor pressure vessel (RPV) was installed at Zhangzhou 1 earlier this month.

China's Ministry of Ecology and Environment issued construction licences for Zhangzhou units 1 & 2 on 9 October 2019 to CNNC-Guodian Zhangzhou Energy Company, the owner of the Zhangzhou nuclear power project which was created by CNNC (51%) and China Guodian Corporation (49%) in 2011. The licences are valid for 10 years. Construction of unit 1 began one week after the issuance of the construction licence, with that of unit 2 starting in September 2020. The units are scheduled to begin commercial operation in 2024 and 2025.