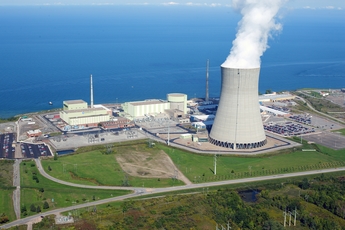 UniStar has asked the Nuclear Regulatory Commission (NRC) to delay its review of the Combined Licence (COL) application for an EPR at the Nine Mile Point site near Oswego, New York.

On 9 February, the partners involved in the joint venture company (Constellation Energy and EDF), told the NRC by letter that Unistar would be focusing its resources on the COL application for the Calvert Cliffs site in Maryland. As a result the NRC has cancelled the environmental scoping meetings planned for 25 February, but said it intends to restart the process later this year.

UniStar first submitted the COL application and associated information to the NRC on 30 September 2008, and updated it in November, referencing the EPR design. The staff accepted the Nine Mile Point application for review in December 2008.

Unistar is an equally-owned joint venture between EDF and Constellation. It was set up to build and develop nuclear power stations using EPR technology in the USA in July 2007.

In December, following MidAmerican Energy Holdings’ $4.7 billion takeover-bid, EDF offered to buy 50% of Constellation Energy’s nuclear business for $4.5 billion. An agreement was signed in December, although it is subject to regulatory approval.

The proposal values the company at $52 per share and includes an upfront cash investment of $1 billion, but this will be credited against the $4.5 billion purchase price. There will also be an option for Constellation to sell up to $2 billion worth of non-nuclear generation assets to EDF.

EDF said that the agreement was entered into to as it “helps reinforce the financial structure” of its US partner, providing better long-term stability to the joint venture.