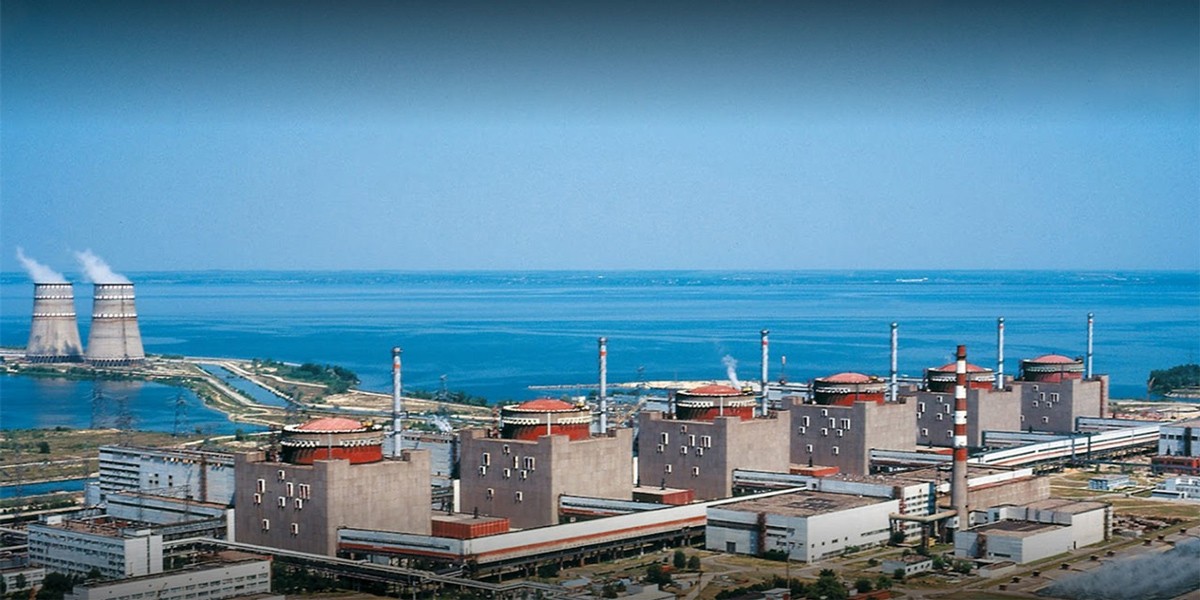 The Director General of the International Atomic Energy Agency (IAEA), Rafael Mariano Grossi, has said he will engage in consultations with the relevant authorities following reports that Russia plans to supervise operations at Ukraine’s Zaporizhzhia Nuclear Power Plant (ZNPP). Grossi plans to visit Kiev and later the Russian Federation, where he will also continue talks aimed at agreeing and implementing a nuclear safety and security protection zone around the ZNPP as soon as possible. The six-unit ZNPP is has been held by Russian forces since March but has continued to be operated by its Ukrainian staff. It has come under massive and repeated shelling since July.

IAEA also added that on 5 October, IAEA experts at the site had learned that ZNPP plans to restart one of its six reactors which are currently all in cold shutdown. Senior Ukrainian operating staff informed IAEA experts present at ZNPP that preparations are under way to start unit 5 at reduced power to produce steam and heat for the needs of the plant. It will take some time to complete all preparations, including those related to necessary systems and equipment, before reactor operations can resume. ZNPP’s last operating reactor – unit 6 – was shut down on 11 September. The IAEA team also reported that there had been shelling in an industrial area located between the ZNPP and the plant operators’ town of Energodar, but the plant site itself was not affected.

However, the status of ZNPP has become complex following the formal incorporation of Zaporozhye region (along with Kherson region, and the Donetsk and Lugansk republics into the Russian Federation on 5 October in the wake of referenda which overwhelmingly supported such a move. Ukraine, the USA and Europe have refused to recognise the results of the referenda despite the presence of international observers who found no violations.

Both Russia and Ukraine claim to be in control of the plant. Russia’s President Vladimir Putin on 5 October issued a presidential decree placing the ZNPP under Russian management. "The Government of the Russian Federation should ensure that the Zaporozhye Nuclear Power Plant and other property necessary for the implementation of its activities are taken into federal ownership," the decree says. The document was published on the Russian government’s official portal of legal information. The plant will be operated by Russian nuclear utility Rosenergoatom, a subsidiary of Rosatom, through the joint-stock company Operating Organisation of Zaporizhia NPP (AO ZNPP). It will continue to function under Ukrainian-issued licences until Russian equivalents are obtained, according to the decree. Which also defines the specifics of working with the ZNPP until 1 January2028. This followed the expulsion to Ukrainian controlled territory of former ZNPP Director Ihor Murashov on 3 October after he was temporarily detained by Russian forces and admitted to passing information about the plant to Ukrainian intelligence services.

The new operating organisation, AO ZNPP, “is designed to ensure the safe operation of the nuclear power plant and the professional activities of the existing plant personnel with the support of Rosenergoatom Concern.” The company is headed by the former chief engineer of Russia’s Balakovo NPP, Oleg Romanenko.

"The issue of safe operation of nuclear installations in the nuclear industry is a key one. Only an organisation with the appropriate experience and competencies is able to cope with such a task,” said Romanenko. “Therefore, it is no coincidence that the state has instructed the new company to ensure the stable operation of the Zaporizhia nuclear power plant in compliance with all safety criteria and standards and using the impeccable experience of operating nuclear power plants in the Russian Federation.” He added: “Another task will be to normalise the situation within the team. In the near future, all employees of the NPP will be employed in the staff of the new operating organisation with the preservation of wages and social guarantees. At the same time, the plant's condition will be assessed and the damaged infrastructure restored, taking into account the experience of operating nuclear power units in Russia."

Ukraine, for its part, has also claimed ownership of ZNPP. Ukrainian nuclear utility Energoatom said it “considers Putin’s ordinance and other documents issued in Russia in regard to Zaporizhzhya NPP to be void, absurd, and inadequate”. Energoatom cites a “Presidential decree of the President of Ukraine dated October 4 No. 687 ‘On the Nullity of Acts Violating the Sovereignty and Territorial Integrity of Ukraine’.” ZNPP “will keep operating in Ukraine, under Ukrainian legislation, in the Ukrainian power system, and for Energoatom”.

In a speech he said: “In accordance with the current legislation, permitting and regulatory documents, I decided to assume the duties of the general director of the Zaporizhzhya NPP. The station's administration was transferred to Kyiv after the kidnapping of director general Ihor Murashov. All further decisions regarding the operation of the station will be made directly at the central office of Energoatom.”

He added: “All technical issues of the operation of power units will, as before, be resolved by the technical staff of the NPP in agreement with the Company's central office, namely by acting chief engineer Yuriy Chernichuk under the leadership of acting first vice president - technical director of Energoatom Yuriy Sheik. Undoubtedly, our work, our destiny, our homes and our future are with Ukraine, as always. We will continue to work in accordance with Ukrainian legislation, in the Ukrainian energy system, in Energoatom.”

Anticipating the results of the referenda, Russia’s Kommersant newspaper on 23 September looked at how this might affect the status of ZNPP. The paper quoted Dmitry Gorchakov, an independent analyst, as saying: "The transfer of the NPP to another jurisdiction will not be recognised outside of Russia and may take years: the Russian operator and regulator need to issue new licences, conduct personnel certification, and check equipment, many of which are not certified in the Russian Federation."

He noted that the plant consists of VVER-1000 reactors that are well-known to Russia, “but they have been operated in another country for 30 years, according to different norms and rules, and were upgraded there”. In addition, some of the reactors are loaded with fuel from the US Westinghouse, “which the Russian operator probably will not want to use, and it will take time to replace”.

Gorchakov further commented: "As a result, there may be a situation where the plant will not have legal grounds for operation: the Ukrainian nuclear supervision authority, which does not recognise the NPP as Russian, may revoke licences, and Russia will not have time to issue them yet." He added: “The licensing process in the Russian Federation may be delayed also because the new operator and regulator will have to take full responsibility for the operation of nuclear power plants in a war zone for the first time.”

Kommersant also asked how the IAEA would respond. It cites Andrey Baklitsky, a senior researcher at the UN Institute for Disarmament Research, who warns ZNPP “will be in a gray zone, international cooperation will stop.” He noted that Grossi had created a new mechanism by stationing two representatives of the agency at the NPP as observers. "However, so far the IAEA could use the mechanism, because Russia recognised the NPP as Ukrainian and provided access from Ukraine. If this changes, it is difficult to imagine how the IAEA Director General will be able to continue this activity," Baklitsky said.

Certainly the opposing claims of Russia and Ukraine with respect to ZNPP must pose a headache for the IAEA. However, given Grossi’s repeated adamant statements about the need to ensure the safety of the plant, It seems certain that he will continue to try to find some sort of compromise.