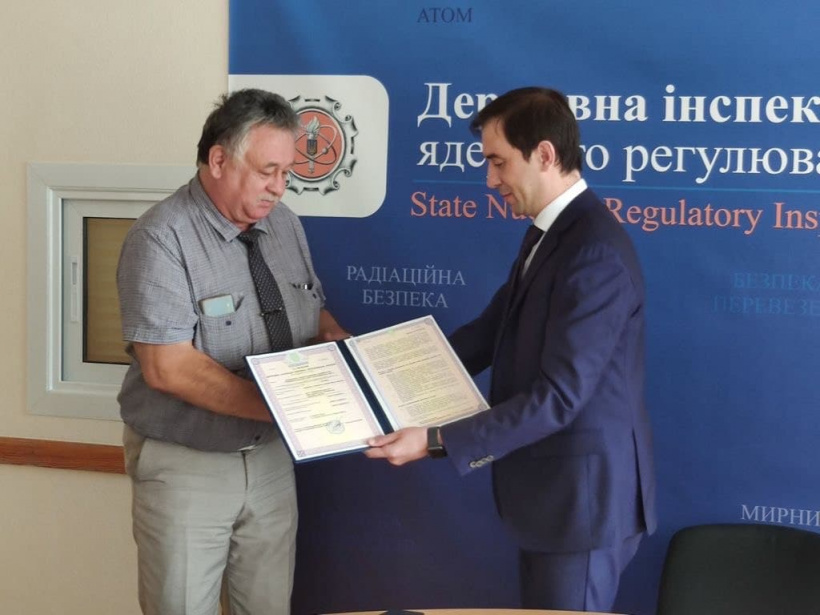 Chernobyl NPP (ChNPP) on 20 August received a licence for operation of the New Safe Confinement (NSC) which now surrounds the ageing sarcophagus (shelter), which was erected hastily in the wake of the 1986 accident over the destroyed  reactor 4.

This licence will ensure the regulatory control for the ongoing operation of the complex and subsequent transformation of the shelter into an environmentally safe area.

It also means that ChNPP can now begin work to process and store existing radioactive waste and waste generated during the dismantling of the original shelter.

The licence was presented to ChNPP by the State Nuclear Regulatory Inspectorate (SNRI) of Ukraine in a ceremony that  was attended by managers from Ukraine’s Ministry of Environmental Protection and Natural Resources, the State Agency  for Exclusion Zone Management, representatives of the European Bank for Reconstruction and Development (EBRD), and the European Commission.

The €1.5bn ($1.69bn) NSC construction project, managed by the EBRD was financed by 45 donor countries and institutions. It is the key component of the €2.1bn Shelter Implementation Plan, established in 1997, which involved more than 300 safety projects and activities, including completion of crucial infrastructure and stabilisation of the sarcophagus.

The licensing was preceded by a huge scope of work, performed by CHNPP specialists, to eliminate any issues identified as a result of pilot operation of the NSC and to implement the recommendations, specified in the Act of inspection survey and others.

“Today, safety is the main focus of all activities at ChNPP,” said Valeriy Seyda, Acting Director General of ChNPP. “As a next step towards transformation of the shelter object into ecologically safe system, we have even more responsible work ahead of us – development of the design for the unstable structures dismantling as part of the early dismantling and, of course, the physical dismantling. We will again have to do things that no one has done before."

Photo: Chernobyl NPP has been granted a licence to operate the NSC (photo credit: ChNPP)