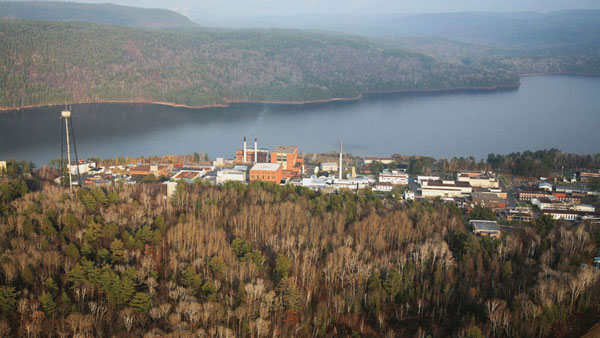 Canadian Nuclear Laboratories (CNL) on 18 April invited small modular reactor (SMR) project developers to take part in an evaluation process for the construction and operation of an SMR demonstration project at a CNL-managed site. The invitation marks the start of CNL’s SMR review process, which will make possible an evaluation of the technical and business qualities of proposed designs, assess their financial viability, and review the necessary national security requirements. Project proposals will be received every six months, and the first application deadline will be 28 May.

SMRs have been identified as one of seven key initiatives in the organisation’s long-term strategy. The goal is to deploy an SMR at its Chalk River site by 2026. CNL is aiming to demonstrate the commercial viability of SMRs and hopes to become a global leader in SMR prototype testing and technology development support. In June 2017, CNL issued a request for expressions of interest on SMRs, asking for input from SMR technology developers, potential end users, and other interested parties including likely host communities, unions, nuclear supply chain, as well as research and academic institutions. By October 2017, CNL had received responses from 80 organisations, including 19 expressions of interest for siting a prototype or demonstration SMR at a CNL campus.

CNL said it has been working Atomic Energy of Canada Limited (AECL), owner of the CNL-managed sites, to "develop a process by which CNL could recommend the establishment of one or more SMR demonstration projects on one or more sites owned by AECL (including Chalk River Laboratories and Whiteshell Laboratories)".

Applications will go through a four-stage process. A pre-qualification stage, to assess proponents against preliminary criteria, will be followed by a due diligence stage requiring more stringent financial terms and a full assessment of funding and project costs. Phase three will involve negotiation of land arrangement and other contracts, leading to a site disposition agreement with AECL. The final project execution stage would see the SMR unit licensed, constructed, tested and commissioned, operated and decommissioned.

The Canadian Nuclear Safety Commission is already involved in pre-licensing vendor design reviews for ten small reactors with capacities of 3-300MWe. Pre-licensing is an optional service to assess NPP design based on a vendor's reactor technology. In February, Canada launched a process to prepare a roadmap to explore the potential for on- and off-grid applications for SMR technology as part of Natural Resources Canada's (NRCan’s) Energy Innovation Program. The roadmap will be delivered by the Canadian Nuclear Association, which will engage stakeholders to understand the priorities and challenges better. The roadmap is expected to be completed in 2018.

Canadian utility Bruce Power is participating in NRCan’s efforts to create an SMR roadmap. Earlier in April Bruce signed a five-year CAD1m ($791,000) MOU with Mirarco Mining Innovation and Laurentian University to look at the feasibility of using SMRs to provide power in remote and rural regions in northern Ontario.  Bruce Power CEO Mike Rencheck said the company has “great interest” in the developing field of SMRs. Some of the most remote northern communities are powered by diesel generators and other unsustainable methods which could be replaced by SMRs or other low-carbon energy sources, he said. The agreement will create an Industrial Chair position at Mirarco.

Photo: A small modular reactor could be coming to the Chalk River site