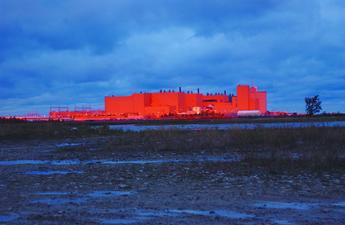 Bruce Power has scrapped plans to build new reactors in Ontario due to declining electricity demand in the province.

In a 23 July statement the company said that it will focus on the refurbishment of Bruce A and B units rather than building new reactors in Bruce County. It also revealed plans to withdraw its application to build new reactors in Nanticoke given Ontario’s declining electricity demand.

This decision has no impact on the current process to introduce nuclear energy to either Alberta or Saskatchewan, where both provincial governments are expected to release policy statements regarding nuclear’s role later this year.

“These are business decisions unique to Ontario and reflect the current realities of the market,” said Duncan Hawthorne, Bruce Power’s president and chief executive officer. “Our focus has always been to find the best way to provide Ontario with a long-term supply of 6,300 megawatts. For more than five years, we’ve examined our options and refurbishing our existing units has emerged as the most economical.”

It will now work with its investors and the Ontario Power Authority to investigate the feasibility of refurbishing Units 3-8 following the successful restart of units 1 and 2, which will inject another 1500MW of baseload generation into the Ontario market.

“While we have chosen to pursue the refurbishment option, I want to thank everyone in Bruce, Haldimand and Norfolk counties who supported us,” Hawthorne said. “The work we have done confirmed both sites held great promise for new build if the market conditions were more favourable. However, the time has come to narrow our focus and follow the route that’s best for us, for Ontario and its ratepayers.”