UK brings fusion to the forefront

The UK wants to position itself to be a leader in fusion industry. It has published a new fusion strategy, got the siting process for a prototype fusion power plant under way and opened a world-leading fusion research facility. 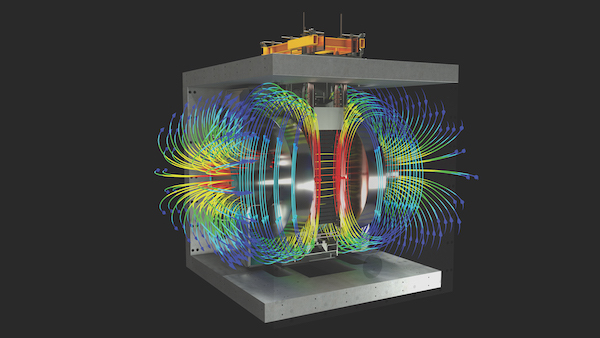 The UK government in October published a strategy setting out how it aims to leverage scientific, commercial, and international leadership to enable the delivery of fusion energy. It also launched a consultation (which ran until 24 December) seeking views on the regulatory framework for ensuring the safe and effective rollout of fusion.

In the foreword to the 26-page strategy document, Towards Fusion Energy, George Freeman MP, Minister for Science, Research and Innovation, notes the UK is “widely recognised as a world-leader in the most promising fusion technologies,” and says that fusion research programmes have supported over £1 billion of UK economic activity over the last ten years.

The consultation goes on to set out a proposed UK Government strategy to move from a ‘fusion science’ superpower to a ‘fusion industry’ superpower. It has two overarching goals:

The Strategy aims to achieve these goals by working with the UK Atomic Energy Authority (UKAEA) to secure UK leadership across international, scientific and commercial ‘pillars’.

“The UK will need to continue to collaborate with the best talent and facilities globally to deliver our fusion energy objectives. The UK already has strong bilateral and multilateral fusion collaboration arrangements. These are structured in a way that maximises the development of fusion science and economic opportunities for UK businesses, whilst protecting the UK’s competitive advantage.”

The UK wants to:

While the challenges of fusion energy remain considerable, the strategy notes that advances in fusion science and engineering capabilities mean that there is “increasing confidence in the fusion sector’s ability to overcome these”.

The UK government has launched a programme to build a prototype fusion power plant in the UK by 2040. A final decision on a site for this prototype – the Spherical Tokamak for Energy Production, or STEP – will be made by the Secretary of State for Business, Energy and Industrial Strategy around the end of 2022.

Five sites have been shortlisted as the potential future home of the plant. They are Ardeer, in North Ayrshire, Scotland; Goole in the East Riding of Yorkshire; Moorside in Cumbria; Ratcliffe-on-Soar in Nottinghamshire and Severn Edge in Gloucestershire.

The aim is for STEP to pave the way to the commercialisation of fusion and the potential development of a fleet of future plants around the world. It will have to generate net electricity and demonstrate how a fusion energy plant will be maintained and produce its own fuel.

At the same time, private companies in the UK are developing their own fusion power plant designs. UK manufacturers and engineers are beginning to form a fusion supply chain to support these programmes.

Analysis suggests that the annual fusion energy market (in present values) in 2100 could be worth around £52 billion, rising to £167 billion if the capital cost of fusion power plants could be reduced by 30%.

Private industry is already looking to capitalise on this. A survey from the US-based Fusion Industry Association (FIA) and the UKAEA, released in October, provides a snapshot of the state of the growing fusion industry. The 48-page Global Fusion Industry in 2021 survey compiles information provided by 23 private companies developing commercial fusion power. It finds there are now at least 35 global fusion companies (12 are either early stage or in ‘stealth mode’, so declined to participate in the survey) and progress is accelerating. Of the 23 companies featured,15 (65%) have been founded since 2010.

The report notes that companies are taking a variety of technical approaches to solving the challenges of fusion power, working on a range of scales. Most fusion innovation is focused on electricity generation, named as a core target market for all but one of the companies questioned (96%), but almost half see the possibility of also applying their technology to space propulsion.

Eighteen of the 23 companies have declared private funding – totalling almost $1.8 billion to date – with an additional $85 million in grants and other funding from governments taking the total to $1.87 billion. Four companies – Commonwealth Fusion Systems, General Fusion, TAE Technologies and Tokamak Energy – currently account for 85% of this funding, the report notes.

A separate report from the Institution of Mechanical Engineers, released in November, says the creation of a robust regulatory framework will give the UK more influence in the global market. The research, which was commissioned by engineers Assystem, highlights a particular opportunity for the UK to take a lead and build the world’s first demonstration reactor.

In addition to its initial £222 million commitment to STEP, the government has invested £184 million for new fusion facilities, infrastructure, and apprenticeships.

September saw the official opening of a new UKAEA fusion energy research facility in Rotherham, South Yorkshire. The £22 million Fusion Technology Facility will be used to test fusion plant components in the extreme conditions that they will face during operation. It includes the Chimera (Combined Heating and Magnetic Research Apparatus) test rig, which will subject metre-scale prototype components to high heat and magnetic fields within a vacuum environment, as well as thermal cycling.

“Chimera is a unique world-first facility in which we will be able to simulate the extreme conditions found within a fusion power plant, but without any nuclear reactions taking place,” says UKAEA head of operations Damon Johnstone.

Chimera will be able to deliver surface heating of up to 500kW over a square metre, as well as a static magnetic field of up to 4T, plus pulsed magnetic loads. Components will be analysed using optical digital image correlation and laser metrology to map 3D surface deformations and damage. These and other techniques can be used to generate and synchronise component digital twins – predictive models and simulations to be used in design and qualification of future fusion power plants.

Jacobs has been awarded the contract to design, build and commission the first-of-a-kind test rig, supported by its specialist supply chain. “One of the biggest challenges has been putting together a unique set of temperatures, pressures and magnetic fluxes to test components in a representation of the environment inside a fusion reactor,” says Duncan Steel, group director engineering development at Jacobs. “Our job is to integrate some very advanced superconducting magnets with state of the art, first-of-a-kind ceramic heaters to enable the machine to deliver the desired effect on the test pieces…We are using a lot of digital simulation to show that the sub-systems and the machine as a whole will be effective”.

The Chimera test rig is due to be commissioned in 2022 Photo credit: UKAEA
Post to: