Reflecting on 70 years in the radiation detection business

The success of UK-based Centronic, now in its 70th year, stems from a record of evolutionary development combined with the ability to take on new technical challenges.

Since it started out in a back bedroom in 1945, Centronic has grown to become a supplier of bespoke radiation detectors around the world. Today around 75% of the company's business comes from the nuclear sector, principally through the supply of gas-filled detectors (proportional counters, ion chambers and fission chambers) to nuclear plants worldwide. The company also makes Geiger-Müller tubes, semiconductor detectors, precision wound components and radiation tolerant cameras.

While it started out on the cutting edge, developing new products for a young industry in partnership with the United Kingdom Atomic Energy Authority at Harwell, over recent decades there has been more emphasis on slow evolution of product lines. But this does not mean that innovation is not required on a regular basis.

“We have a standard product range in the gas-filled detector area, but on the whole we don't sell off the shelf," says Craig Skillicorn, commercial director at Centronic. "With almost every new project we customise the product to meet specific requirements of the customer."

One of the company's notable projects involved supplying 20 integrated neutron and gamma radiation probes for the Chernobyl new safe confinement project, in collaboration with the UK National Physical Laboratory, Cooknell Electronics, and Thales Alenia Space Italia. For that project Centronic had to put together a specific assembly that customers could install in conditions that were unknown, says Dr. Les Howard, technical director at Centronic, who has been with the company for more than 20 years.

Many of Centronic's other orders are driven by planned upgrades or replacements, which often involves a switch of like-for-like products. "In the nuclear industry, there is a general reluctance to change once something has been installed as you may need to go through the qualification process again," says Howard. "If you supply something that works and the customer is happy they tend not to change."

One of Centronic's key successes over the years has been the supply of boron ion chambers for use in all of the world's Candu reactors. Detectors originally supplied for Canadian units, e.g. Pickering A, were adapted for subsequent stations (such as Pickering B, Gentilly, Bruce and Darlington) to include more robust and radiation resistant mineral insulated cables. Later on, when Candu projects came along at Wolsong 2-4 in South Korea, the seismic requirements were more stringent so Centronic had to adapt the design further. This variant was also supplied for two units at Qinshan in China, which started operation in 2002 and 2003.

Adapting to a changing industry

Over the years Centronic has witnessed two main changes in the industry.

First, the amount of documentation and quality assurance oversight is much deeper than it was many years ago. Centronic is now qualified by many major suppliers to the nuclear industry and to various industry standards, but says that the main way it has overcome this challenge is through its relationship with its customers.

“Getting the level of documentation right for our specific product, and not doing additional work that is in fact the responsibility of the I&C supplier, is key," Howard adds. "There may be a tendency to reference more standards in the quote than are really necessary."

For a SME, talking to customers is vital for ensuring business is conducted in a timely cost effective manner. Centronic, in particular, has consciously positioned itself in a niche market where it works in partnership with its customers, and it is not actively trying to move further up the supply chain.

Second, there have been significant advances in signal processing electronics. "Because there are opportunities to do more with the signals, instrumentation suppliers are looking for better resolution or lower background currents from detectors [in the order of fA, rather than pA 20 years ago]," says Howard. "This is usually achieved by using improved insulation materials and does not generally require fundamental changes to the detectors themselves."

Looking ahead, there are couple of areas where technological developments may be needed. The first is fusion, and in particular the international ITER project, where Centronic is currently bidding on work. Centronic has supplied to nuclear fusion reactors in the past. In 2009, it supplied an ultra high vacuum electrical feedthrough assembly for interfacing the diagnostics related to the ITER-like wall project, part of the upgrade programme at the Joint European Torus in Culham. Made from Inconel 600 and 316 stainless steel, the feedthrough was 1.8m high and up to 0.8m wide, weighing over 300kg. It comprised a vacuum chamber with five feed-through cartridges, each capable of carrying 60 electrical signals. This is one example of how bespoke work, requiring high-precision manufacturing such as welding and brazing has been applied to other applications, says Skillicorn.

The development of small modular reactors could also spur innovation. Howard says Centronic is watching developments closely both in the UK and worldwide, as smaller designs could lead to more stringent temperature requirements for detectors or size/geometry constraints. The extent and level of innovation will depend on the SMR designs that are progressed and we are still at an early stage.

Like many other companies in the nuclear sector, Centronic is also facing a skills challenge. Many of its products require precise, highly skilled manufacturing techniques like glass blowing. Some of the workers have been with the company since the 1960s are approaching retirement.

Centronic has responded by launching apprenticeship programmes over the last seven to eight years. Now, with the UK about to embark on a £60 billion new-build programme to build 16GW of new capacity by 2030, it says there is once again the opportunity to develop a career in the nuclear sector. Centronic is also in the process of applying for HAF604 certification in China, which is expected to account for 45% of the growth in nuclear generation by 2040, according to the IEA's latest projections.

Originally founded as Centurion Tubes Limited in 1945, Centronic grew rapidly in the early years, largely thanks to its development of Geiger-Müller tubes in association with the newly formed United Kingdom Atomic Energy Authority (UKAEA) at Harwell. In 1953 the firm relocated to new, purpose-built premises near Croydon, where in conjunction with the UKAEA it produced Europe's first BF3 neutron detector. The next two decades saw the company expand into manufacture of photoelectric devices, along with glass photomultiplier tubes and metal ionisation chambers for measurement of radiation in nuclear reactors. Activities in the 1970s focused on supply of radiation detectors to the UK fleet of advanced gas-cooled reactors and other stations around the world, notably Canadian pressurised heavy water reactors, as well as for defence applications. That decade also saw the formation of Centronic Optical Systems Limited to capitalise on the increasing demand for light measuring instruments.
By the early 1980s Centronic had diversified further, applying its silicon photodiodes technology for military applications. But by the early 1990s, following a couple of ownership changes and acquisitions, Centronic had refocused on its core business: the civil nuclear sector.

Centronic saw significant activity in the civil nuclear power industry throughout the 1990s. The company was awarded a spares contract to maintain the availability of detectors for the UK AGRs, along with a deal to supply neutron detectors to the UK's first pressurised water reactor, Sizewell B. Centronic also designed its first neutron detection equipment for use in marine propulsion, which led to further contracts, and still plays a key role in the company's business today.

In 2000, with the company's owner Morgan Crucible Company plc wishing to refocus on its own core activities, Centronic was looking for a new owner. This paved the way for a management buyout, which was completed in August 2000. The next decade saw the acquisition of Raditec (a manufacturer of radiation tolerant cameras, Solatell (a monolithic optical system specialist), a precision wound components business, and Global Precision Engineering, one of Centronic's suppliers of precision machined components. The company also set up a new manufacturing facility in Houston, Texas, USA.

Centronic is celebrating 70 years in 2015 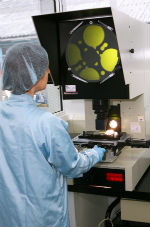 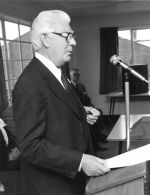 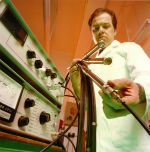