Nuclear supply chain development: all eyes on the UK

The UK Nuclear Advanced Manufacturing Research Centre, supported by the UK government, is helping develop potential suppliers for the next generation of UK nuclear power plants. The UK civil nuclear market may be too good, says Mike Tynan, Nuclear AMRC director: "There is certainly a challenge in the UK if three major projects move forward at around the same time. Between now and the mid-2020s, there could be schemes moving forward at Hinkley Point C, the vanguard project, and then there are potential projects at Anglesey (Horizon) and in West Cumbria (NuGen)."

"The prime purpose of Nuclear AMRC is to help UK manufacturers win work."

“I would link capability with capacity: capability and capacity to supply. This means the ability to deliver at a competitive cost, to time and to a quality and safety specification that meets the requirements of developers and site owners. There is a challenge on capacity and capability and there is a huge effort going in to understanding how we can meet that challenge, and that is why the prime purpose of Nuclear AMRC is to help UK manufacturers win work. That's my mission, and I am working very closely with Rob Davies and the AREVA/EDF team to understand what that looks like for Hinkley Point C."

For suppliers that do not understand nuclear specifications, codes and standards, Nuclear AMRC offers two programmes: Fit for Nuclear, which is a relatively quick assessment of a company and how to fill potential gaps identified (it won an NEI magazine training award). The civil nuclear Sharing In Growth programme, is an intensive analysis of many aspects of the business. Nuclear AMRC aims to put between 400 and 500 companies through the former and 15 in the latter, over three years. Of the 120 companies assessed by Fit For Nuclear last year, about half would demonstrate competence and capability to develop as suppliers into the nuclear sector if they chose to do so. An 8000 sq. m factory in Rotherham can also help manufacturers develop new products and processes.

The goal of many suppliers to the nuclear industry would be to get on to the supply lists of one of the big vendors. Robert Davies, AREVA UK chief executive officer, explains the goals of its supplier prequalification process. "The key aspect to look at first is getting the company qualified. For that, it has to have the right scope of production, quality system, financial strength (in proportion to the scope), the right project management. That is the first stage. This is what Mike Tynan is saying. It is the same for EDF. Is this company capable to bid for and provide a top-quality tender, and can it produce it on time, to budget, and on quality?

“Once they have been through that, then they are allowed to go on to the tender list, and pitch for work. For a company working through the first stage, Nuclear AMRC provides first-class advice. That's where it will help them understand what AREVA, EDF, Hitachi, and Toshiba/Westinghouse want. There's far more commonality between those four than differences."

AREVA signed memoranda of understanding with 25 prequalified suppliers in 2012, in anticipation of receiving EDF's final investment decision on Hinkley Point C (now expected later this year). AREVA expects to select suppliers over the next year. It is still not too late for a new supplier to qualify for Hinkley Point C, it said, particularly smaller or more peripheral ones, since Tier 3 and 4 suppliers are selected after Tier 2 suppliers.

"Nuclear AMRC touches a large number of companies, and, this is important, opens the door...I can't think of anywhere else in the world where nuclear is being built where this is being done."

AREVA, like Westinghouse, directs Nuclear AMRC through a seat on its board. Davies praises it: "Nuclear AMRC touches a large number of companies, and, this is important, opens the door. This has been a fundamental change, and frankly I can't think of anywhere else in the world where nuclear is being built where this is being done."

However, he adds that the proof of the process will be in the tendering. "You can qualify a company, but then it has to bid for a chance to win on a cost-competitive basis, competing against current suppliers and suppliers from low-cost countries. It requires suppliers to be wiser and cleverer than the competition. The Nuclear AMRC, partly because of links with aerospace, allows companies to innovate. But the ultimate test is whether they can win the tender."

Davies adds that companies looking to bid for nuclear work need not necessarily go it alone; on the strength of their market knowledge or manufacturing innovation, for example, they could team up with other manufacturers in the marketplace: "This is not a black or white situation: do I bid on my own or not bother? Plus, if it doesn't work with the first one, that doesn't ruin the rest of the nuclear opportunities." 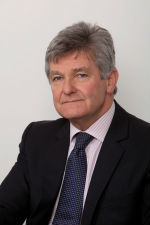